﻿Total number of hits the news: 70

National Alliance MP Abdul Salam al-Maliki, the investigative committees in charge of student detects the perpetrators of the crime Spyker, to show the full facts to inform them of all the Iraqi people.

He said al-Maliki told all of Iraq [where] that “the victims of Spyker went insidious result of betrayal of Khan’s home,” noting that “the House of Representatives would appeal the decisions of the committees assigned in the case of the rights of the victims did not do justice”, adding that “the crime Spyker will not go unpunished and show the facts. “

Maliki said that “the responsibility for the blood of the victims of Spyker in front of the government and parliament,” pointing out that “the commissions of inquiry and reached a satisfactory outcome”, adding that “several parties involved in this crime of politicians and tribal leaders and others,” and urged “the need for justice for the victims across the width of the facts complete, and redress. “

The head of the House of Representatives Saleem al-Jubouri, had announced on Monday, received the presidency of the Council a report of the investigative committee for the massacre Spyker, while stressing that the report will be presented during a special session.

It is noteworthy that the terrorist organization Daash, executed hundreds of trainees and students at the military base [Spyker] the northern city of Tikrit, when to control the middle of the month of June the two regions, while security sources indicated that the reason for their execution dates back to the sectarian backgrounds. It’s over

Arbil, March 3 / March (PNA) – Iraqi Prime Minister Haider al-Abadi said in a speech in the House of Representatives that in Anbar unique state of harmony between the security forces and the military and security, both tribal members and popular crowd.

He described the battle against al-Abadi Daash terrorist as a comma, and require unity with the people to achieve their aspirations in security and safety.

He explained that it stands on the sidelines in this battle, it means that it supports. “Those who are killing our people and Armlon our women and our children are orphaned.”

Abadi added that volunteers popular crowd and the sons of tribal cooperation in the face of Daash guide to achieve national reconciliation.

He stressed that he would not allow the growing influence of armed groups “outside the framework of the state,” vowing to “adjust” the actions of the elements of the popular crowd Author mostly of Shiite armed factions loyal.

And the growing influence of these factions, especially the Shiite ones, since the collapse of many of the pieces of the Iraqi army in the face of relentless attack to organize Daash in June, and his control over large areas of the country.

The government resorted to the “popular crowd” to support the security forces in an attempt to recover the areas controlled by the militant group, and most of them predominantly Sunni.

Abadi said, “We will not allow militias in between us,” students “help everyone and the House of Representatives stand against this phenomenon, which is trying to weaken the Iraqi state.”

Abadi’s remarks come at a time when the Iraqi forces and gunmen loyal to her launched from Shiite factions and the sons of some Sunni tribes, wide process to restore the city of Tikrit.

We remain in close consultation with Iraqi political & security leaders regarding these ongoing and future operations to defeat #ISIL. 9/9

In the coming days, as Iraqi forces make gains against #ISIL terrorists, we call on all associated forces to abide by these commitments. 8/9

Close coordination between national and local leaders throughout the operation will be essential to its success in near and long-term. 6/9

We are encouraged that PM Abadi built a national front before launching the op, w/support from local leaders, Speaker Jaburi, VP Nujaifi.5/9 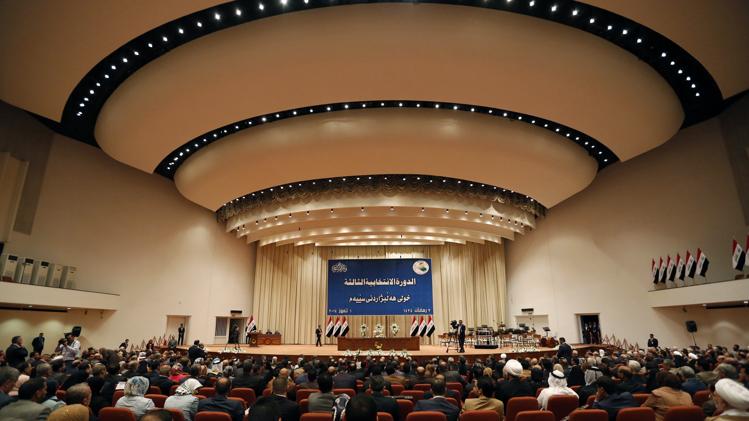 “We will not be desensitized to #ISIL’s vicious assault on human dignity.” General Allen #ACmideast @AtlanticCouncil

Department of State, AtlanticCouncil, U.S. Embassy Syria and 7 others 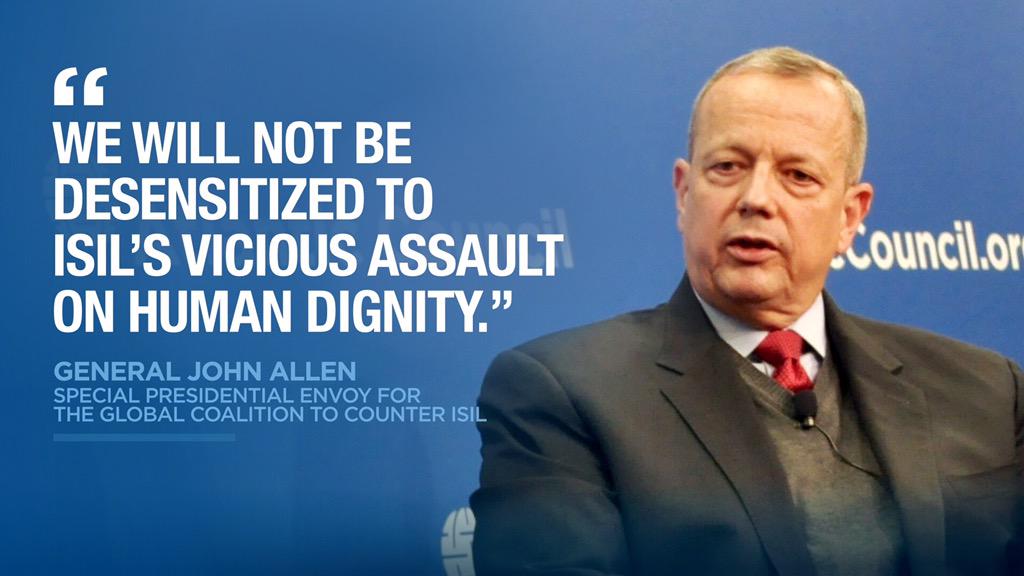 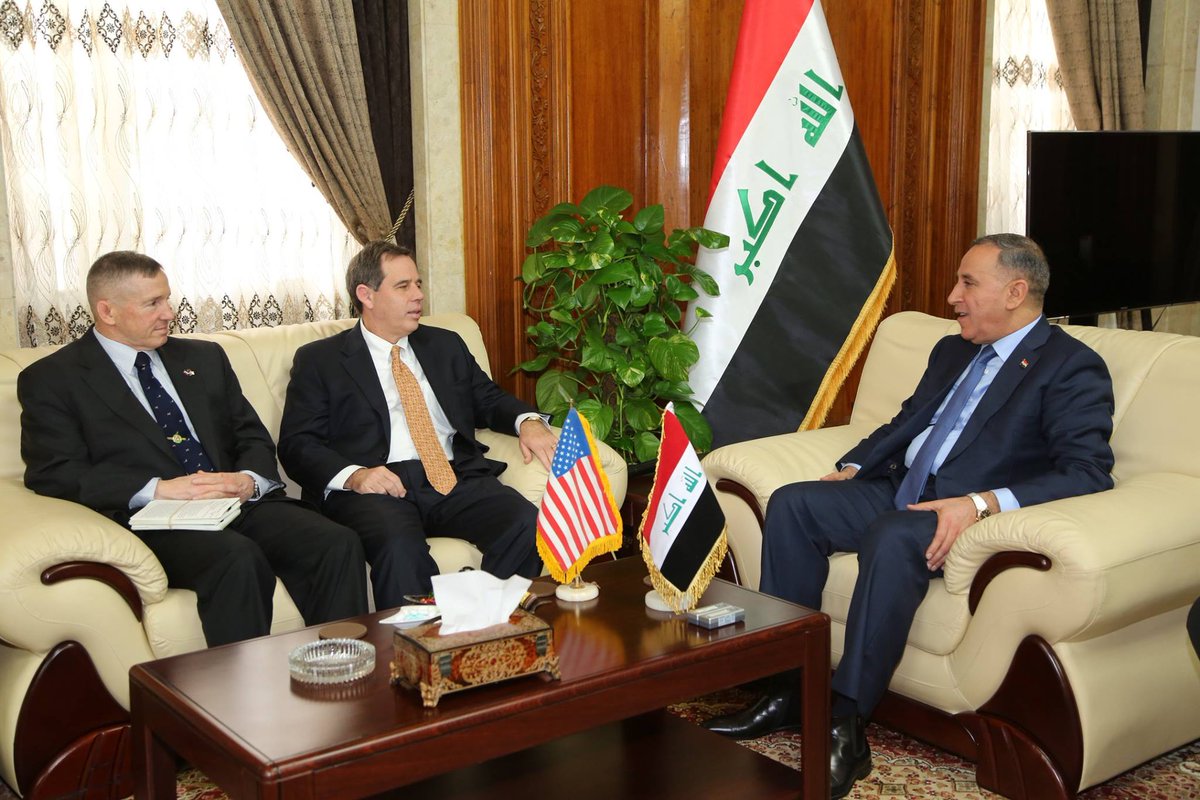 The BBC’s James Robbins: “It’s the biggest fightback yet against so-called Islamic State”

Iraqi government forces say they have retaken some districts around Tikrit in their fight to recapture the city from Islamic State (IS).

A force of about 30,000 troops and militia are said to be attacking on different fronts, backed by air strikes from Iraqi jets.

A commander of Iran’s Revolutionary Guards is taking part in the operation, a Shia militia commander told the BBC.

Tikrit, north of the capital Baghdad, fell to IS militants last June.

Security sources told the BBC that pro-government troops had seized control of the two districts of al-Tin, near Tikrit university north-east of the city, and the district of al-Abeid, in the west.

Earlier, fighting was also reported in al-Dour, south-east of Tikrit, as well as in al-Alam, north of the city, and nearby Qadisiya.

There were few details of the operation but army and medical sources were quoted as saying that five soldiers and 11 militia fighters had been killed.

The Pentagon said that the US was not providing any air power in support of the operation.

A senior official told reporters: “This is Iraq, this is their country, their military, their fight against Isil (IS).”

Iraqi Prime Minister Haider al-Abadi declared the start of the operation late on Sunday, as tens of thousands of troops and militia massed in the central town of Samarra.

Tikrit, in Salahuddin province, lies on the road to Mosul – Iraq’s second city which was also seized by IS last year.

Correspondents say the current operation is crucial to any Iraqi plans to retake Mosul.

There were early claims of rapid advances being made as government forces pushed towards Tikrit from several directions.

But previous assaults on the militants there have been beaten back despite claims of victory by the state forces, so it will be some time before the fate of this latest offensive becomes clear.

It is a battle of great importance. Both the Iraqi prime minister and the Americans have been heralding an even more significant push in the coming months to recapture the biggest city in northern Iraq, Mosul, which also fell to IS last June.

That campaign would be thrown into doubt if the government fails at Tikrit, which controls the strategic highway linking the south with the north.

Since the IS advance across Iraq last summer, Gen Soleimani has personally overseen the defence of Baghdad and helped to organise pro-Iranian Shia militia.

Iraqi forces were pounding IS positions with rockets and artillery

Tikrit is the hometown of deposed leader Saddam Hussein and was seized last year by IS militants backed by anti-government Sunni allies loyal to Saddam’s banned Baath party.

Iraq is split between a Sunni Muslim minority, many of whom supported Saddam Hussein, and the Shia Muslim majority.

Since Saddam was toppled, Sunnis have felt increasingly marginalised by the Shia-led government in Baghdad.

Shia militia have done much of the fighting against IS militants – who adhere to an extreme interpretation of Sunni Islam – but have also been accused of killing scores of Sunni civilians in apparent revenge attacks.

On Sunday, Mr al-Abadi offered to pardon all Sunni tribal fighters “who have been misled or committed a mistake to lay down arms” and abandon IS.

He described it as a “last chance”, saying that the city of Tikrit would soon be returned to its people.