Iraqi Prime Minister Haider al-Abadi announced that Iraqi forces launched a military operation in Salahuddin province north of Baghdad to flush out militants of the “Islamic state” ones.

The militant organization in control of several strongholds in the province mentioned including the city of Tikrit, the hometown of former Iraqi President Saddam Hussein.

He called al-Abadi, who was speaking in the city of Samarra in Salahuddin province Sunni insurgents to abandon the organization, pledging that Iraqi forces will do everything they can to avoid civilian casualties in the process.

Iraq’s prime minister said he had ordered Iraqi forces to start this battle.

Ebadi said in remarks broadcast on Iraqi television that he will expel militants “Islamic state” from every spot in the Salah al-Din, and display on their supporters last chance to surrender.

He added that calls for all those who “have been misled and made mistakes in the past” to lay down their arms.

He said, “This is their last chance, and that if they insisted on continuing on their way they will obtain a just punishment they deserve because they supported terrorism,” he said.

Were mobilized thousands of soldiers and militia fighters from the popular crowd in order to participate in the campaign against al-Islamic state in Salahuddin. 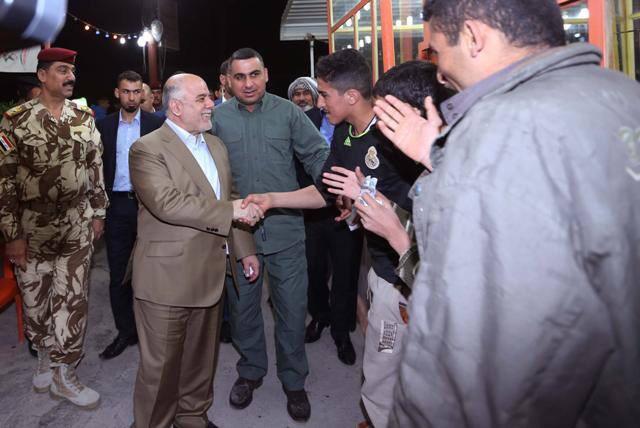 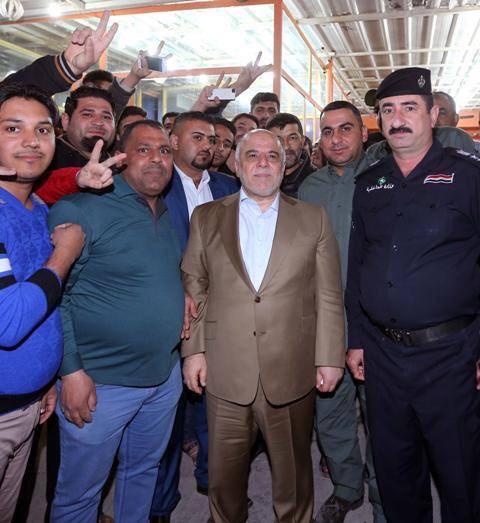 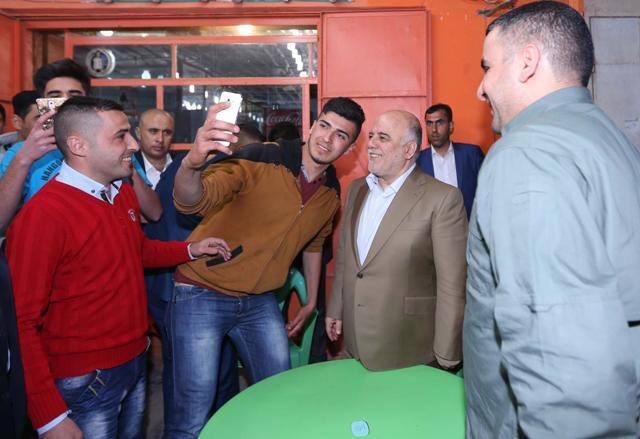 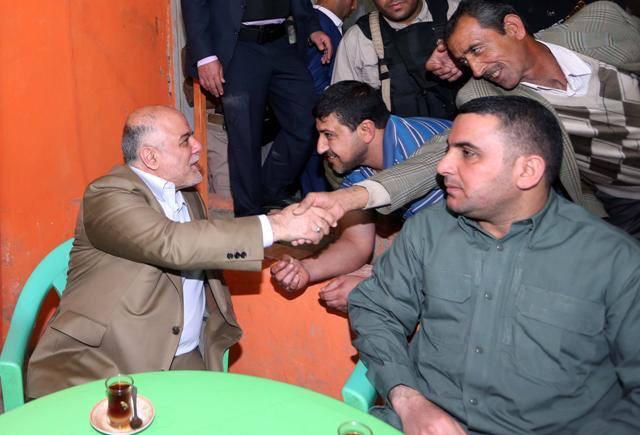 Alsumaria News / Baghdad
MP for the Liberal bloc Abdul Hadi goodness of God, Sunday, the government reconsider the tour private oil companies licenses, while noting that it causes the loss of Iraq’s big money. The goodness of God in a statement, “received Alsumaria News , “a copy of the “The government should reconsider the licensing round of oil companies and make amendments to this law,” noting that “it is not feasible to the economy of Iraq.” He added that “some of the paragraphs of the licensing round is useless,” he said, adding it would “cause the loss of Iraq’s money penalty of oil fields and hold contracts with foreign companies. “

It is said that the parliamentary finance committee member Haitham al-Jubouri said, in (January 7, 2015), that the economic crisis in the country revealed “rougher” oil licensing rounds and poor planning big error in the material contracts entered into with the oil-producing companies.

Alsumaria News / Baghdad
said President Fuad Masum , Sunday, that the region of Kurdistan is no longer a burden on Iraq , noting that the region has great natural riches contribute to the enrichment of Iraq and build its annual budget resources. Patriotic Union of Kurdistan (PUK) said in a statement, “received Alsumaria News “copy it, that “the Central Council of the Patriotic Union of Kurdistan held, today, in its regular political office building, in which the President of the Republic hosted the Central Council member Fuad Masum, to discuss the most important and latest developmThe statement quoted the infallible as saying during the meeting, “The Kurdistan region is no longer a burden on Iraq and that his resources and of great natural riches contribute in enriching Iraq and build its annual budget,” noting that ” Baghdadand the region need each other, and that the Kurds have an important role in the new government In Iraq, what makes it imperative for everyone to work to ensure survival and success and deal with the problems and issues that stand in its way. ” infallible “The role of the Kurds is important and must work to unify more understanding and dialogue, and that their representatives working in Baghdad to sustain the continued compatibility exists between the various parties and share Everyone in the governance of the country, especially that Iraq is in transition require concerted efforts and energies to meet the political and security challenges. ” On the relationship between the center and the region welcomed the infallible as the “oil agreement between the center and the region which was approved by Parliament and within the budget bill,” calling the two sides to “bound by this Agreement, which guarantees export region oil and pay its share of the general budget.” And on the debate on the issue of the popular crowd forces Masum said that “these forces defended the existence of Iraq in response to demand good reference, and was able to contain and confront and remove threats, which amounted to the outskirts of the capital Baghdad, “and urged to” find a suitable to contain these forces in the official security institutions formula. ” He criticized the President of the Republic, “the negative role of some media and fed to the congestion of existing,” pointing out that “there are national and professional responsibilities must be adhered to by the media in Iraq The Kurdistan alike, and that does not cause the creation of a state of chaos and transfer news and topics that are not in the interest of security and stability of the country. ” The President of the Kurdistan Regional Government Nechirvan Barzani confirmed, in the (February 16, 2015), the region’s commitment to the agreement of oil between Baghdad and Erbil and what was that Baghdad “bankrupt”, he explained that the financial crisis that has plagued Iraq adversely affect the Kurdistan region.

Justice Minister Haidar Zamili, Sunday, that the Iraqi correctional department “managed to exceed internal and external conspiracies targeting the government,” and called on rights organizations and international rights to the obligation to “neutral when assessing the reality of guests, as expressed the readiness of the ministry” to cooperate with all organizations and without reservation “, pointed out that the department has seen the evolution of reform

MP for the Union of Iraqi forces Badr stallion, Sunday, that the leaders of the National Union of Forces and the coalition will meet this evening to discuss the decision to return to the House of Representatives sessions or not.

The stallion in a press statement that “the leaders of the National Union forces and a coalition that will represent them Mahmoud al-Mashhadani will meet this evening at the home of the speaker of parliament, Salim al.”

“The meeting is to discuss the decision to return deputies Forces Union National Coalition to House of Representatives hearings or not,” adding that “the Prime Minister Haider al-Abadi hoped to attend the parliament session for tomorrow to clarify the application of the political agreement and the security situation in the country.”

It is said that the political body of the Alliance of Iraqi national forces and the list announced on Monday (February 24, 2015), they discussed with the Prime Minister a number of important political and security levels of files, as pointed out it will hold an expanded meeting to decide on the files that have been discussed with Abadi.

Decided coalition and the Iraqi National Forces Union, in the (February 15, 2015), Comment Post ministers and deputy coalitions in both houses of Ministers and the House of Representatives for four days only against the backdrop of the killing of Sheikh Swedan al-Janabi, as authorized Alaitlavan their leaders to take the appropriate decision after that.

Baghdad-and babysit –announced the Integrity Commission for non-disclosure of all vice president Iyad Allawi and President of the Council of Representatives of Syria and Prime Minister Mohammed Saleh al-Mutlaq for their financial interests until the month of January last.Authority in a statement said, and explained that the ratio of the presidency response rate of 75 percent Bavsah President Fuad Masum first and his two deputies Nuri Kamal al-Maliki and the second Osama Abdul Aziz Najafi with retardation third Iyad Hashem Allawi, pointing out that the prime minister was the other the same ratio after the disclosure of President Abadi and his two deputies Bahaa al-Araji Rose Nuri Shaways as Saleh al-Mutlaq, the third failed to disclose assets and financial interests, the Commission indicated that the number of House members who have declared their financial interests to the very end of the first month of the current year amounted to 25 MPs only including the leader of the Council Salim al-Jubouri, the first deputy Humam Baqir Hamoudi , while the Commission has not received disclosure of the current year to the second vice president of the Council of Representatives Aram Mohammed Ali Ahmed form of reduced rate Presidency of the Council of Representatives in response to 66.7 Palmaúh.a / h