Rafidain Bank, announced its intention to issue smart card, in the coming days for retirees in four Arab countries.

The general director of the bank on behalf of Kamal al-Hassani, Saturday, in a statement received by all of Iraq [where], a copy of the “most prominent Arab countries will be ready to use the smart card, the United Arab Emirates, Egypt, Lebanon, Jordan, where he will provide service to customers who rely on the card. “

He said he “has issued first smart card for retirees living in the United Arab Emirates, as the process can receive their pensions through easily and without suffering as it was in the past through the receipt manually and the case will be with the rest of the other Arab countries.”

The Rafidain Bank announced on 24 January last, for issuing smart card Alki Card] Pferah in Abu Dhabi for adoption at the retired pay of there.

He said in a statement, “It has to issue the first smart cards for retirees living in the United Arab Emirates, where the process can receive their pensions and easily without suffering” .anthy


Translation of the .pdf document within the press release here:

M / statement issued by the Central Bank of Iraq

Due to stop the public from trading cash paper category (50) Dinara According to the authority vested in Article (36) of the Iraqi Central Bank Law No. (56) for the year 2004 it was decided as follows:

1 – to withdraw cash from the paper category (50) dinars from circulation.

2 – on the banks and their branches replace banknotes presented to it without a fee or commission, and the banks deposit with the central bank and its branches for the purpose of being the equivalent value in our calculations.

4 – After the replacement for the banknote become null and void and has no legal tender and will not be accepted in the Republic of Iraq.

She said industry sources and data tracking ships that “several tankers were loaded ore Iraqi Kurdistan from Turkish port of Ceyhan on the Mediterranean was discharged in Israeli ports.” The tanker “United Kalaverwta” carrying one million barrels of crude oil from Kurdistan has become in the midst of a legal dispute in Texas in July of last year as the Kurdistan Regional Government to increase the independent oil sales. Iraqi central government and challenged on these sales, describing it as illegal. Kurdistan Regional Government argued that the Iraqi constitution allows for independent sales. She spent a few months tanker off the coast of Texas, after the federal government tried an order from a US court for the seizure of oil. The ship finally sailed from Texas in late January, shortly after reaching Baghdad and the Kurdistan Regional Government to a temporary agreement on oil sales.

According to a local source in Nineveh province, on Thursday, that the organization Daash blew runway Mosul International Airport, as pointed out by the elements of the organization booby-trapped a number of key bridges in the city in preparation for detonation, with a view to the right on the left coast separation at the start of the attack on Mosul.

The source said the “time”, “The elements of the organization Daash did they blow runway Mosul International Airport, the city center after they Ptfajikhh a large number of improvised explosive devices.”

The source, who asked not to be named, said: “elements of the organization they put explosive devices and tanks bomb under a number of bridges, the main center of Mosul, a prelude to detonate it,” noting that “it comes to isolate areas and in particular the separation of the left coast of the city on the left, in the case of the security forces the attack on the city. ”

Military Airstrikes Continue Against ISIL in Syria and Iraq

The following is a summary of the strikes conducted since the last press release:

Airstrike assessments are based on initial reports. All aircraft returned to base safely.

The strikes were conducted as part of Operation Inherent Resolve, the operation to eliminate the ISIL terrorist group and the threat they pose to Iraq, Syria, the region, and the wider international community. The destruction of ISIL targets in Syria and Iraq further limits the terrorist group’s ability to project terror and conduct operations. Coalition nations which have conducted airstrikes in Iraq include Australia, Belgium, Canada, Denmark, France, Jordan, Netherlands, United Kingdom and the U.S. Coalition nations which have conducted airstrikes in Syria include Bahrain, Jordan, Saudi Arabia, United Arab Emirates and the U.S. 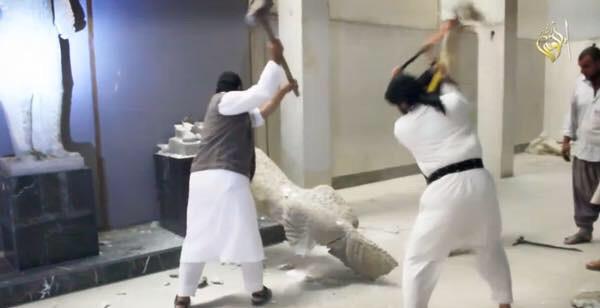 Baghdad (AIN) –The head of the Supreme Iraqi Islamic Council Ammar al-Hakim, appreciated on Friday, efforts exerted by the UN Secretary General’s Special Representative to Iraq Nicolay Mladenov which he exerted in Iraq.

Statement by the Hakim’s office received by AIN cited “Hakim received Mladenov in his office in Baghdad and appreciated his efforts for the occasion of concluding his mission in Iraq and wished him good luck in his new mission.”

For his part, Mladenov appreciated the positive role of Hakim in bringing  different points of view closer while Mladenov was working in Iraq, the statement concluded. /End/