Khandan – met the heads of Kurdish blocs in the Iraqi Council of Representatives, on Thursday, with President Fuad Masum and head of the Islamic Supreme Council Ammar al-Hakim, is scheduled to meet with other political parties.

Said Ahmed Haji Rashid member of the Iraqi parliament said in a statement for “Khandan”, said the heads of Kurdish blocs in the Iraqi parliament, met with the head of the Islamic Supreme Council Ammar al-Hakim, indicating that the two sides discussed during the meeting, the differences between the Kurdistan region and Baghdad. He added that the heads of Kurdish blocs also met today in Baghdad with the President Fuad Masum, pointing out that the President announced that he will visit the Kurdistan region. He said Haji Rashid said infallible will meet during his visit to the region with Massoud Barzani, President of Kurdistan, and Nechirvan Barzani, head of the provincial government, and expected that the visit begins tomorrow. He said a member of the Iraqi Council of Representatives that the heads of Kurdish blocs will meet with other political parties, pointing out that there Of a meeting with Prime Minister Haider al-Abadi to discuss the relationship between the Kurdistan region and Baghdad problems, but did not specify the schedule yet.

More of Baghdad’s streets being opened up, barriers removed 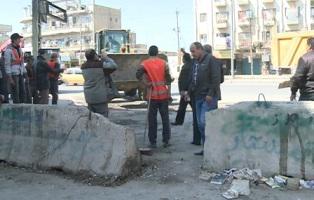 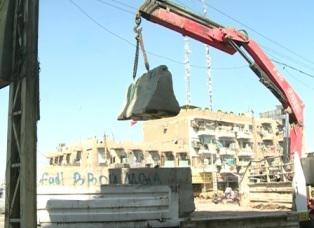 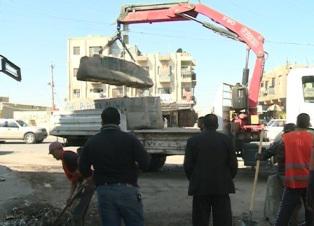 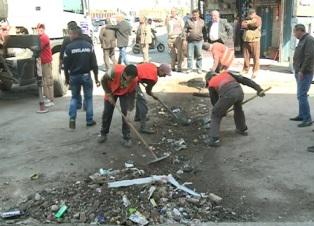 A source in the Kurdistan Regional Government detect and reduce the price per liter of gasoline in the province after popular protests of rising fuel prices.

The source told all of Iraq [where] that “the provincial government has reduced per liter of gasoline, the price of 100 dinars, and starting from the first of next March and will be 700 dinars per liter instead of 800 dinars.”

He said the “price of a liter of gasoline for private cars will be 700 dinars and public taxi cars 500 dinars.”

This reduction comes after popular protests in the region claims to reduce the price of petrol after the fuel crisis hit in Kurdistan since the middle of last year.

The distribution of petroleum products in the province of Sulaymaniyah circle distributed today, Kobobat receipt of benzene on the owners of taxis in Mahafezh.anthy 70

Rebounded Brent crude contracts for international measurement prices Thursday for as low as $ 61.57 per barrel in at 06:18, up from yesterday’s record $ 58 with a slight decline from the last closing ahead 36 cents to $ 61.93 as it hit.

And Brent prices still higher five dollars for the price of the financial budget for Iraq in 2015, which was built on the basis of $ 56 per barrel of oil.

Brent prices rose after data showed that the production of Chinese factories came higher than expected sign with Saudi Arabia that oil demand is growing.

In contrast futures fell during the Asian session on Thursday, according to the New York Mercantile Exchange,

where it was trading these contracts for delivery in April at $ 50.51 a barrel at time of writing, down by 0.95% .ant 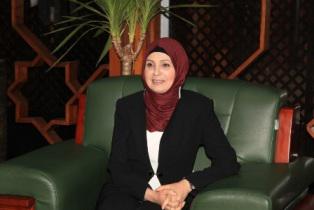 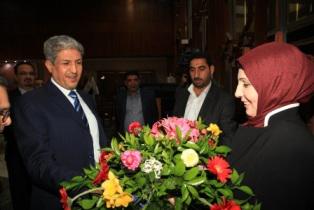 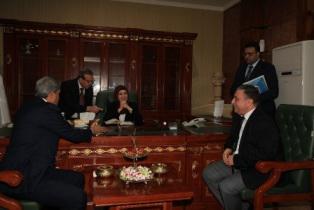 Mr. Prime Minister, Dr. Haider Abadi on Thursday received a phone call from Australian Prime Minister Mr Tony Abbott. During the call, they discussed strengthening bilateral relations between the two countries, the political and security situation taking place in Iraq and the region and efforts to fight al Daash terrorist, was also discussed increasing the coaches Australians to train Iraqi forces, with emphasis on the need to preserve Iraq’s sovereignty.

{Baghdad: Euphrates News} Search head of the Islamic Supreme Council of Iraq Ammar al-Hakim, with the delegation heads of Kurdish blocs relationship between the federal governments and the Kurdistan region.
It came to the reception of Mr. Ammar al-Hakim in his office in Baghdad on Thursday, the heads of delegation of the Kurdistan Alliance blocks, and discussed with him the developments of the political process in the country. “
Mr. Ammar al-Hakim said during the meeting that “everyone in the compound and one media escalation between the two governments in Baghdad and Erbil serves only the enemies of the country Aldoaash at this sensitive stage.”
For his part, the Kurdish delegation that his meeting with the President of the Supreme Islamic Iraqi Council Ammar al-Hakim was fruitful and depth it looked to move forward the political agreement and not to refer to the first squares mechanism; because that would not serve anyone and everyone is fighting a war against terrorism, stressing that the reason for their choice of Ammar al-Hakim Wisdom is owned and repeated calls to bring the views of the country out of crises and reach out to safety. Ended k h

Search Minister of Industry and Minerals Naseer al-Issawi with the Romanian ambassador in Iraq Jakob Prada ways to strengthen relations with the Republic of Romania, especially in the establishment of industrial cities.

The minister said in a statement reported press office received for News Agency (et) a copy of the need for cooperation in all fields of industrial and economic construction, including as expressed sovereignty ready to make all the necessary facilities for companies Romanian sober for work in establishing industrial cities in Iraq.

For his part, the Romanian Ambassador expressed his country’s full readiness to provide assistance, work and invest in Iraq and the formation of delegations from both countries to exchange visits and put the first foundations for this cooperation and activated in the near