confirmed the parliamentary committee in charge of investigating the crime Spyker, the completion of the preparation of “semi-final” report on the circumstances of the incident, noting that the obligation to submit the findings during the first maximum of the committee next month.

This comes at a time during which said Head Defense Committee and the defense, of quitting, the Committee on the follow-up details of a crime Spyker met many security leaders and families of the victims and survivors, and came up with many of the recommendations and information that humanity heinous crime.

A member of the committee charged with investigating the circumstances of the crime, Sabah al-Saadi, said that “the Commission , ended during this period, its semi-final on the issue of Spyker which will be put inside the security and defense committee in Parliament to be read in their meetings. “

He said al-Saadi said in a statement, said that “required to submit the final report to the House of Representatives a maximum period of the first of next March Committee,” referring to “The security committee will present the report to the Presidency of the Council of Representatives in order to read it in the next parliament sessions,” adding that “the report is almost complete and will be launched soon in Parliament because many of the people waiting for him.”

In turn, said Chairman of the Commission on Security and Defence parliamentary of quitting, in a statement singled out the “morning” that “the Committee met with all concerned in Spyker and with the security leaders, victims and survivors and all who has information about this issue,” he said. “The final report will be ready within the time period in which they identified him.”

The committees of the security and defense and human rights Alaniapetan years following the meeting of 27 November 2014 initial report on crime Base Speicher Astardta where their actions and a series of meetings with stakeholders and Associates and families of the victims in order to gather information about the case, but noted that “the Ministry of Defence achieved with 42 officers and mattresses in addition to calling the 43 others wanted to investigate did not attend so far because of the fighting.

It is said that more than 1,700 young students from the Air Force and the ninth band killed a few months ago at the hands of terrorist Daash gangs in Salahuddin province, after 10 of last June.

As revealed Central Investigating Court specialized files terrorism and crime organization, time earlier, the arrest of 30 suspects incident Spyker and 16 of the defendants had confessed to committing the crime has been ratified by their words judicially, “adding that” 180 an arrest warrant had been issued for defendants Harbin were prevented from traveling and the confiscation of their movable and immovable property to force them to surrender. “

The Official Gazette of Iraq (Arabic: الوقائع العراقية‎ / ALA-LC: al-Waqā’i‘ al-‘Irāqiyah) has been the official source for the laws andresolutions passed by the Council of Representatives of Iraq since August 1922. Article 125 of the Constitution mandates that laws shall be published in the gazette and shall take effect on the date of their publication, unless stipulated otherwise. It is published by the Ministry of Justice.


In September 2008, the Iraqi Legal Database was launched by the United Nations Development Programme (UNDP) through its Programme on Governance in the Arab Region (POGAR), providing a comprehensive database making all Iraqi positive law freely available (only in Arabic) to users online. 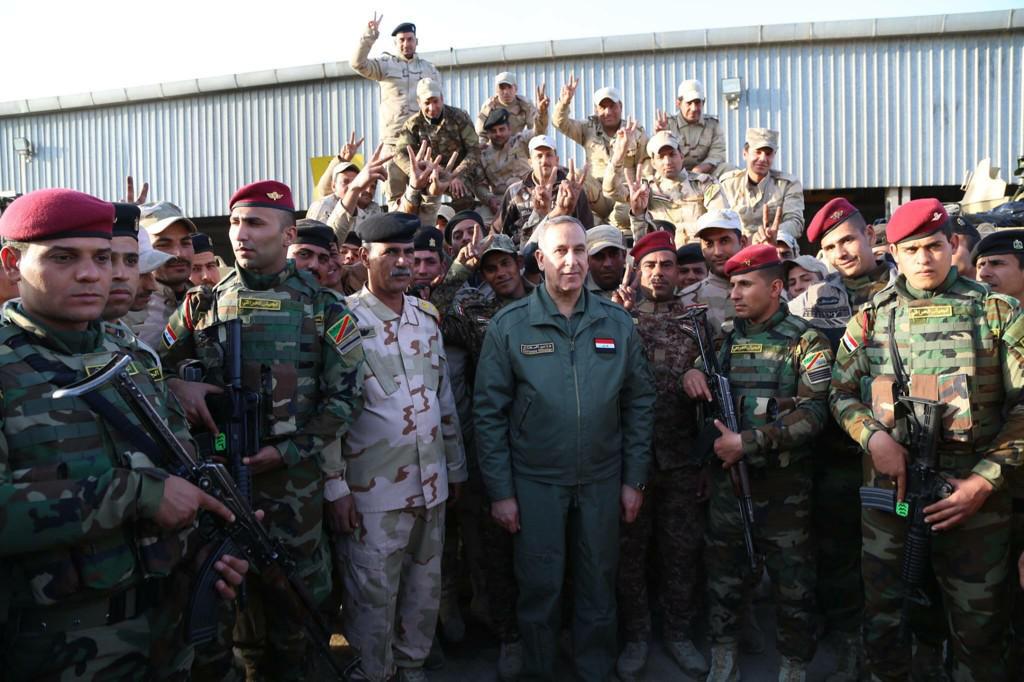 President Obama’s top adviser overseeing the coalition fighting the Islamic State said Wednesday that “significant gains” have been made against the Islamist group, and claimed that Kurdish Peshmerga as well as Iraqi military forces will be able to defeat the group on the ground despite skepticism in Washington about their readiness.

The group, Also known by the acronyms and ISIS ISIL is “Defeatable and is being defeated by Iraqi Forces, defending and taking back hwy towns, Villages, Cities and with the support of the United States and the Coalition,” retired Marine Gen. John Allen said in testimony before the Senate Foreign Relations Committee.

But the general did not address the question Specifically Whether of the Iraqi Forces will be prepared to Engage in a high-stakes offensive to Retake Iraq ‘s second most Populous city, Mosul , this coming spring. Pentagon officials revealed plans for the offensive last week, claiming that it could involve the deployment of as many as 25,000 Iraqi troops.

Gen. Allen stuck instead to Broad-stroke Assessments During his testimony Wednesday, asserting That the “rough of Invincibility” That surrounded the Islamic State after its fighters swiftly seized Mosul and declared the establishment of a Muslim Caliphate Since last June has Been “shattered” by the increasing ground gains being made by Iraqi forces.

“Taken Peshmerga have control of Mosul Dam, the Rabiya border crossing, Sinjar Mountain, Zumar, and the Kisik road junction, Which eliminated a supply route for ISIL from Syria to Mosul , “he said. “Iraqi security Forces with popular volunteers have secured the Routes to Baghdad , and the capital is now seeing the lowest levels of Violence it’s seen in years. “

“ISIL’s advance has Been Largely Blunted, and has Been driven back away from the regional capitals of Baghdad and Erbil, “the general added. “It has lost half Also of its Iraq -based Leadership and Thousands of hardened fighters, and is no longer Able to mass, maneuver, and Communicate as an Effective force. “

Despite color: such developments, Gen. Allen Acknowledged the existence of recent intelligence Reporting That shows the the number of Foreign fighters flowing into Syria and Iraq to join the Extremist group is actually on the rise – Although he Sought to Downplay the intelligence.

“The numbers are up because we’re now tracking the numbers in ways we have not before,” he said. “I think the numbers are also up because of the so-called ‘caliphate,’ [which] has created in some respects a magnetism for those elements that want to be part of this.”

While Gen. Allen Also Acknowledged That “ISIL will Remain a formidable foe,” he asserted That the US-backed ground war Against the group only in its beginning Stages That and the Gains already being made ​​shouldnt not be discounted.

“Just last week, under the cover of bad weather, ISIL launched an attack the town of Al-Baghdadi, near al Asad airbase, where our forces are located with the Danes and Australians to help train Iraqi soldiers and tribal volunteers,” he said . “ISIL, as it has done over and over again, rampaged through the town, killing civilians, and driving hundreds of families into exile on the airbase. But the Iraqis did not sit idle. They organized, and fought back. “

With support from an armored column from Baghdad , as well as from Sunni tribal volunteers in the area, a ground assault was quickly Lauched to Retake the town.

“Today, much of Al-Baghdadi is back in the hands of these local Tribes and security Forces,” Gen. Allen said.

Mutlaq said in a Cabinet meeting (Tuesday, February 24, 2015) that the political targeting frequent Baathists is a lot of pressure on ministers and members of the government of Dr. Abadi.

He added that the so-called owners of the Baathists were preferred to the coalition of state law to Dortien Mtaatalitn, noting that “they are allowed to form a former Mr. Nuri al-Maliki’s government according to the” agreement of Arbil, and this in turn caused by winning a majority of seats in parliament during the current session.

He noted that “as a person-Maliki is not with us now, he lectured a coalition of state law, representative of the President of the Political Bureau of the Dawa party, Dr. Haider al-Abadi.

And Oshdd Mutlaq to turn the page on the past and the abolition of Justice and Accountability Act, directing Alandhar to confront the serious challenges facing Iraq at this stage and fight al Daash and eliminate it, saying, “The coalition forces will take the tough decisions up to withdraw confidence from the current government and the revival of the old alliance with Mr. Maliki, which lifted ablation of the Baathists.

This contract coalition forces and Iraqi meeting of the expanded 22 / February will be attended by all commanders, “Speaker of the House, Saleem al-Jubouri, and Vice President of the Republic, Osama Najafi, and Deputy Prime Minister Saleh al-Mutlaq, the head of the movement solution Jamal Karbouli, and the head of the coalition forces, Ahmed electrodes The head of the coalition in Iraq, Mahmoud al-Mashhadani, ministers and MPs bloc, at the home of the speaker of parliament, in the presence of Prime Minister Haider al-Abadi ‘”to discuss activating the paper the political agreement and the abolition of accountability and justice law.

He said the head of a coalition of state law, Nuri al-Maliki took the chair of prime minister and formed his government in 2010 after his alliance with the list are united “Iraq previously” and the Kurdistan Alliance deal, later known as the agreement of Arbil, which has been the return of senior Baathists to power the likes of Saleh al-Mutlaq and Dhafer al-Ani and Jamal Karbouli versus him presidency Ministers.

A leading figure in the movement of change, on Wednesday, that “the head of the regional government, Nechirvan Barzani, may sack during the next few hours and the Minister of Natural Resources Iachta Hawrami.

The leader of the “pressure on the sack (is Rami) is on the rise and Kurdish blocs in parliament, called for the prime minister to sack the minister and change the oil policy for the region,” adding that “Nnigervan live a difficult period at the current stage within the region because of lack of funds to provide salaries and corporate debt in demand the MDC leader, Mustafa Nushirwan, the provincial government to abide by the agreement held with Baghdad in order to bring out the Kurdistan region from the financial crisis is going through. ”

He said, asking not to be identified, said, “Mustafa also called for reforms in the government which was formed on this basis but Mufajaeh revelations Nnigervan of his government borrowed from Turkey billion dollars for the salaries of employees insurance which was a shock when some within the region.”

Twilight News /
announced that US Secretary of State John Kerry, for the international coalition led by his country against al “Daash” managed to kill and capture of thousands of the group’s leaders and that Iraq has regained 30% of its territory .

Kerry said during his testimony before the Appropriations Committee in the US Senate (Congress), said that we have to defeat thousands of leaders of the “Islamic state” from the battlefield to kill or families, and we are making efforts to freeze the ROI,

and stop the recruitment of foreign fighters, and participate in refutation of terrorist messages on social media and other channels.

Kerry pointed out that his country “helped the Iraqis to recover 30% of the land acquired by the” Daash “became in the hands of Iraqis now,” adding, “We train the Iraqis and Nhiohm for the moment where they can do more.”

Kerry also talked about cutting the basic line for the processing of “Islamic state” in addition to Shell Moakphm movement and the inability of the elements of the organization to communicate with each other as they were in the past.

Iraqi forces have regained many of the areas that have already been seized by the organization “Daash,” was the last thing the Iraqi Ministry of Defense announced that the army supported by the popular crowd and tribal members, was able to restore Baghdadi hand, which was controlled by the organization. 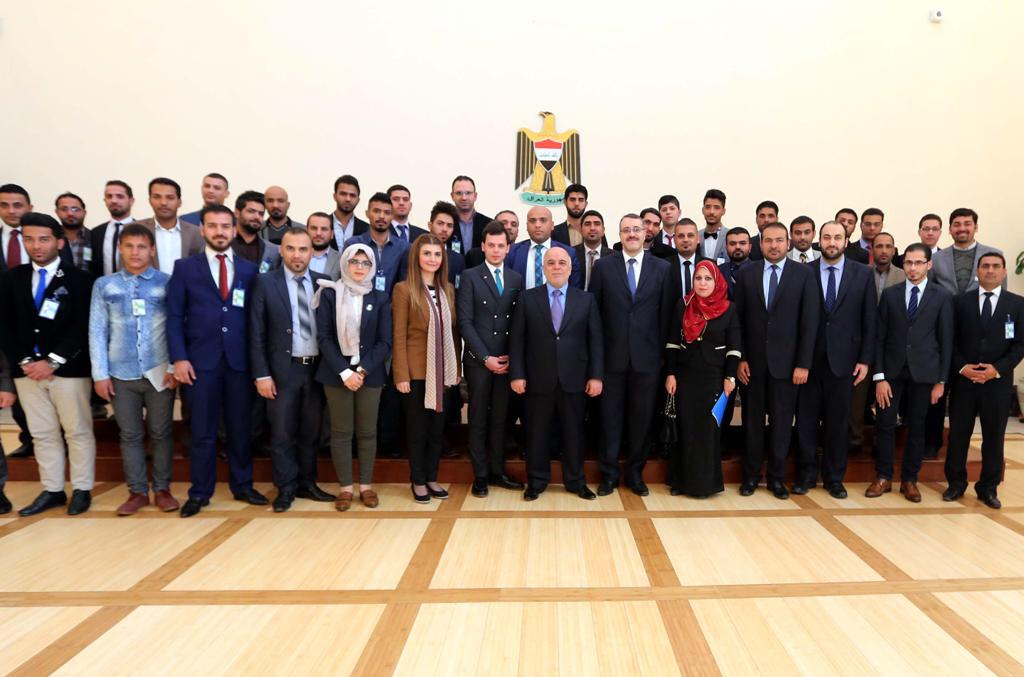