Via his Facebook page, he said “On the World Day of Social Justice, we affirm our commitment to peaceful coexistence among communities as an essential principle, and highlight the need to go beyond our differences, to eliminate the psychological barriers between peoples and to admit the blessing of difference.” /End/

revealed Governor of the Central Bank of Iraq on the Keywords that on Sunday 22 of this month, will stop work ERA Bank and the adoption of the banking system as being responsible for foreign remittances,

pointing to direct the preparation of a feasibility study showing the deletion of zeros in this Almrahlh.oavad Keywords, statement: that “the central bank since I assumed responsibility for the work to bridge the gap in his dealings.

” And that “it was the finalization of the new version and leave the old ways, coupled with certain conditions can not remain governor at the central bank,

which has the functions and tasks and activities of a large and important for the national economy.” He explained Governor of the Central Bank that it “is not true that the central stays busy selling the currency and the like ATM daily basis. ”

“The engineering effort has succeeded in raising the improvised explosive devices planted by Daash of hand.”

The security forces were able to break the siege of hand-Baghdadi.

“The United States and its allies of countries in the region made a big mistake when I tried to exploit criminals Daash Front victory as tools to topple the regime in Syria, a policy that has contributed significantly to the growing Daash capacity and extend, to Iraq and the rest of the region.”

Explaining that “Daash is a natural extension of the base, which has managed the security forces to deal a fatal blows it up, but the outbreak of unrest in Syria and the design of Washington and its allies to bring down the Syrian regime’s military has contributed significantly to the birth Daash and victory to expand Daash.

The statement said that “President Barack Obama is well known that Iraq had warned the US administration since the outbreak of the so-called revolutions of the Arab Spring of the danger of growing extremist organizations and create chaos and unrest in the Arab countries, the early days and including a negative impact directly on the security and stability in the region and the world,” noting The “something to the big question marks is to ignore the US administration for Iraq’s repeated warnings, especially during a visit by Maliki to the United States in late 2011”.

The statement noted that “the terrorist Daash is the first beneficiary of irresponsible remarks justifying President Barack Obama, and continue to launch such statements will lead to a weakening of the resolve of the security forces in the fateful battle with terrorists at the time only the US administration to carry out air strikes exhibition.”

An oasis of freedom – Follow-up

Witnesses, said Friday, landing loaded weapons and earmarking a US airliner near the house of Sheikh Qassim al-Janabi, south of the capital Baghdad.

The witnesses said that “the American plane landed, today, near the house of Sheikh Qassim al-Janabi, who was assassinated last week in the south of Baghdad, Latifiyah and the lowering of unidentified individuals as well as different types of weapons and munitions.”

Witnesses said that “these individuals were housed in Shahe District 4 within the Latifiyah area.”

The Commission on Security and Defence parliamentary revealed (Tuesday, 17 February), Israeli aircraft landing and the US in some areas of Anbar, Diyala and Baiji.

An oasis of freedom

A source in the leadership of the popular crowd in Babylon, on Wednesday, that the leaders of the crowd and directed all its members to conduct a broad search of the area Moelhh north of the province to find out the reasons for the sudden decline of the US helicopters there this evening.

The source said the “popular crowd forces conducted a search in the knowledge of the causes of decline Mrouhata Apache universe landing strange and abrupt with her shrouded in mystery and fear that the planes landed to provide support to a terrorist kegs belong to Daash in the region.”

He pointed out that “the crowd herbal and army imposes strict control over all northern areas and stressed from Ajeraúthaaly outlets these areas,” noting that “the investigation is underway to find out the mysterious landing and announcing in front of the media.”

The head of the security committee of the Northern Areas Council in Babylon Zeban Thamer said this evening that “the Americas Apache helicopters have landed at Moelhh area” of the hand Alexandria 30 km north of the province.

And the Theban he was “not yet know the reasons for this decline, but will be investigating the matter.”

US troops are facing in Iraq, especially in the military areas of the country to lay charges of weapons and ammunition to the terrorist gangs Daash but US embassy officials in Washington denied this thing more than once. 21-02-2015 03:59 P
An official source in the government of Prime Minister, Haider al-Abadi, on the nomination of the United Nations Minister of Foreign Affairs of the Slovak former, Jan Kubis, its representative in Baghdad, a substitute for Nikolay Meladnov, which ended its mission in Iraq last week.

The source said in a press statement, seen by (newsletter), with the reservation to be identified, said: ‘Secretary-General of the United Nations, Ban Ki-moon, Minister of Foreign Affairs of the Slovak former nominated to take over the post of the representative of the United Nations Mission in Iraq (UNAMI),

a substitute for Meladnov, who was appointed in charge of the United Nations in Syria after the expiry of his responsibility in Iraq.

” The source added, that “the Iraqi government informed the Secretary-General of the United Nations approval to take over the Slovakian for the job substitute for Mladenov ‘, expressing his belief declare that’ officially this week ‘.

In this regard, the analyst said political, Ahmed Jabri, in a press statement, seen by (newsletter), that: ‘appointment of a new envoy to the United Nations is an important step on the one hand to play an active role of international organizations
in resolving the political and humanitarian problems in the country without a doubt.’

And that ‘new diplomatic figure her broad history of crises such as the new envoy will have a positive role in Iraq ‘.

Sen. Corker met with members of our military in Baghdad to discuss their work to train Iraqis in fight against ISIS. 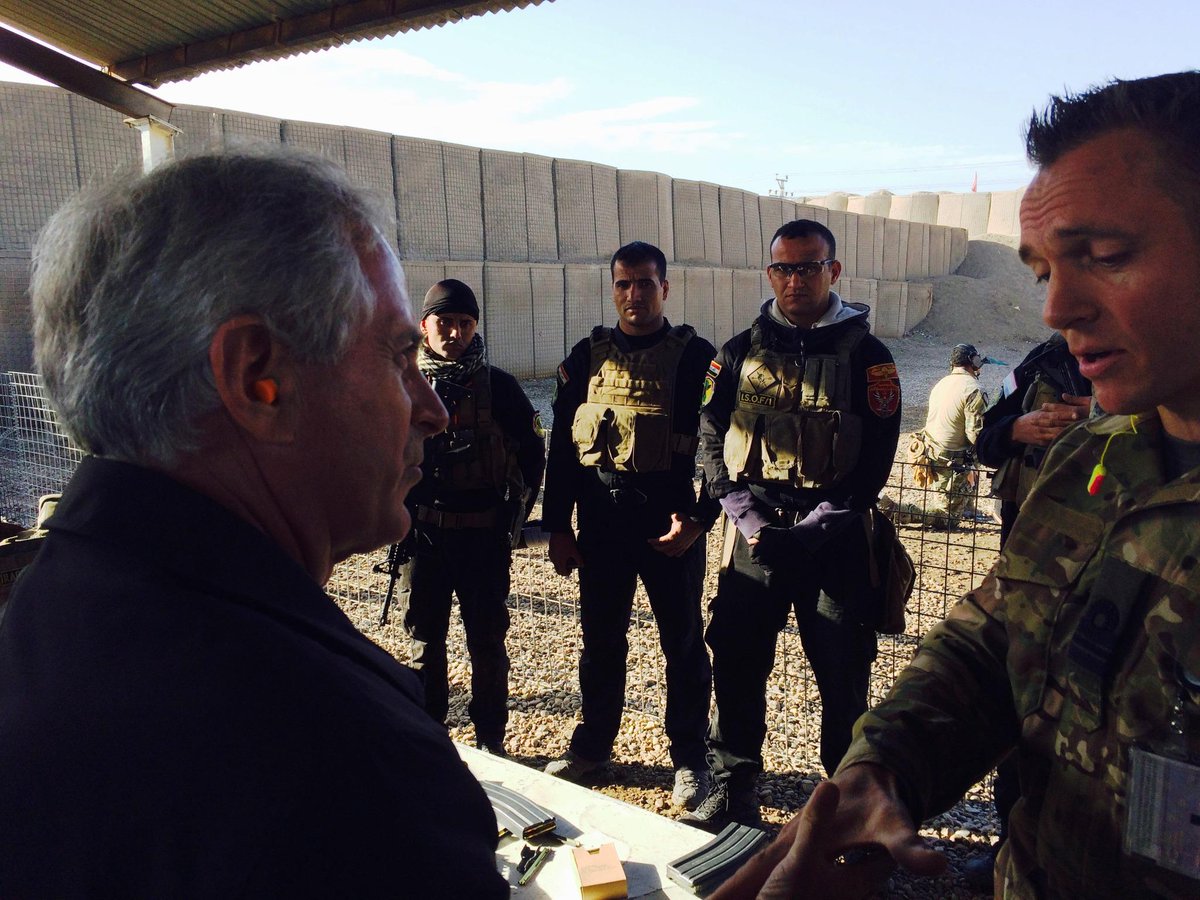