Masoum, who was in Doha for a whistle-stop visit to meet with Qatari Emir Sheikh Tamim Bin Hamad Bin Khalifa Al Thani, said that a “unified Gulf vision” on rapprochement with Baghdad was now “beginning to take shape.”

“What I heard in Qatar today [Wednesday] was similar to what I heard from Custodian of the Two Holy Mosques King Salman Bin Abdulaziz and before that from the late King Abdullah Bin Abdulaziz, as well as Kuwait, with whom our relationship has improved drastically since Iraqi Prime Minister Haider Al-Abadi visited recently,” Masoum said.

Both President Masoum and Prime Minister Abadi have made several trips to Iraq’s Gulf neighbors in recent months, in a bid to improve relations which have been frosty since the invasion of Kuwait by Iraq in 1990.

The tense relationship also continued in recent years, during the premiership of Nuri Al-Maliki, whose policies many in the Gulf saw as sidelining the country’s Sunni Arab population.

The Sunni Gulf states have also been wary of Shi’ite-majority Iraq’s relationship with Iran, as well as the influence which the Islamic Republic has over the country’s political environment.

But since the election of Abadi in September there has been a marked difference in Baghdad’s position toward its neighbors, especially the Gulf states.

Riyadh announced last month it would be reopening its embassy in Baghdad after 25 years of a freeze in diplomatic relations between Saudi Arabia and Iraq.

The Kingdom withdrew its ambassador to Baghdad and shut down its embassy in Iraq following the 1990 invasion of Kuwait. A non-resident ambassador to Baghdad was appointed in 2012, but relations between the two countries remained strained throughout Maliki’s premiership, which lasted from 2006 to 2014.

Qatar also currently does not have an embassy in Baghdad, but Masoum said his visit had “opened new doors” for relations with Doha.

A visiting delegation from Qatar headed by its foreign minister will head to Baghdad “soon” to prepare procedures for reopening the embassy, Masoum said.

Both leaders also discussed a number of other issues, including the security situation in Iraq and its region-wide effects with respect to the fight against terror groups in the region.

“Sheikh Tamim confirmed that Qatar is against terrorism in all its forms and that it is ready to stand by Iraq in its fight against this phenomenon,” Masoum told Asharq Al-Awsat. 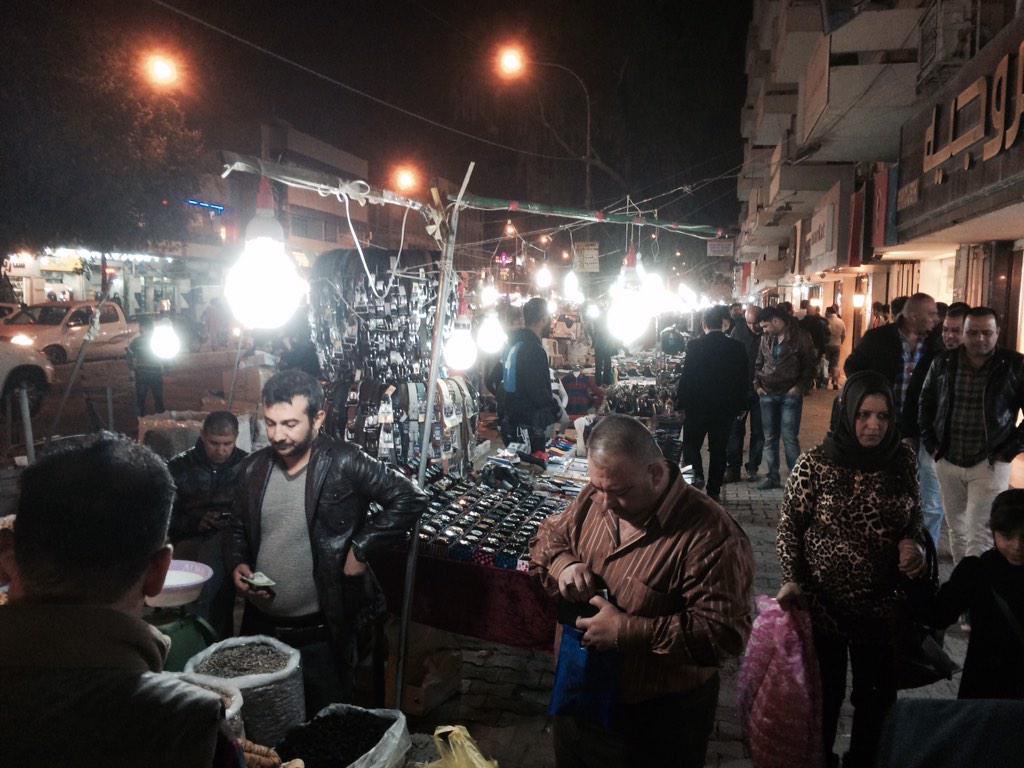 Details
Group: political
Published on Thursday February 12, 2015 13:40
Written by: Sheikh Salem
Hits: 130
BAGHDAD / Center Brief for the Iraqi Media Network (IMN) parliamentary finance committee member Masood Haider, said his committee will add a Governor of the Central Bank and the agency relationship managers and bank Rafidain and Rasheed to discuss the draft law guarantee bank deposits, next week.
He said Haider’s (IMN) that “the parliamentary Finance has seven laws will be discussed by the most important guarantee of bank deposits,” noting that “the Banking Committee emanating from the Finance Committee will present the law in the next session for discussion.”
He stressed that “the Commission will begin legislation seven laws during the second legislative term,” noting that “priority will be the most important laws.”
And the form of the Prime Minister Haider al-Abadi in January 20 last, a crisis cell under his chairmanship and membership of the finance ministers and oil and Planning and the Governor of the Central Bank shall establish priorities for exchange, as well as the formation of a crisis cell in every ministry of to cut costs and increase the state treasury resources.

Baghdad (AIN) –The International Security Council emphasized the necessity of blocking all funding sources which finance the terrorist organizations of  what is so called the Islamic State of Iraq and Levant and Nasra Front. \End\

Raised the Presidency of the Council of Representatives, on Thursday, its 11th to Saturday, after the vote on one bill and read the five other bills.

A source said that “the Presidency of the Council of Representatives rose to the 11th session next Saturday (February 14, 2015),” noting that “the voice of the Council, during today’s meeting, the draft law on ratification amended Convention Arab cooperation in the field of organizing and facilitating relief operations Law”,

The source added that “the parliament ended the first reading of the draft law of accession of the Republic of Iraq to the United Nations Convention on the immunities of States and their property from the jurisdiction, and the project of the Ministry of Defense Bill, the University of Defence Act for military scholarships.”

The Council of Representatives, earlier on Thursday (February 12, 2015), held its 11th headed by Salim al-Jubouri and the presence of 240 deputies, with parliamentary source said that the Council will vote reads six bills.

Arab
bloc MP Mishan al-Jubouri, said the Presidency of the Council of Representatives may determine told him on March 10, the next date for the questioning of Deputy Prime Minister Saleh al-Mutlaq.

He said al-Jubouri’s ( IMN ) that “there are some politicians are trying to pull the signatures own to interrogate al-Mutlaq of Representatives for breach of approval by the House of Representatives the process.” Pointing out that “this will not affect the deadline set by the Presidency.”

The spokesman revealed Prime Minister’s Office tributary Jabouri, in November 25 last, referral of the Supreme Committee for the Relief of the displaced suspect files to the House of Representatives to inform them .

According to Deputy Prime Minister Saleh al-Mutlaq, earlier, that 32 deputies withdrew their signatures from the memorandum of questioning, accused the MP Mishan al-Jubouri Ptdlas some deputies for questioning .

I have been in O & G equipment business for many years and I like would to tell everyone a little something from experience. I have dealt in foreign currency for payment on equipment and other deals for a long time. When this thing hits there will be one rate and one rate only paid on the IQD, VND or any other currency. That will be the rate posted on the financial institution of that country. (Buy & Sell Rate) Currency rates through traders are based on PIPs. A PIP is a percentage of a percentage point, usually varying from 3 to 4 PIPs from broker to broker. That is their profit.

I don’t care if you are the Queen or a wine head on the street! It will pay the same. Please do not fall for all of this BS about rates or contracts. It is all BS!

I would also like to tell you from watching the markets. Cash out what you need to pay off whatever and sit on your currency. Holding a reserve currency in your hand is a lot better than, having a fat bank account of marginal money in a currency war and tax debt.

This is not financial advice! It is experience and common sense. Please be careful in your plans. After such a long ride in this, it just breaks my heart to read some of the things posted on these sites.

Have a Blessed Day and Thank you all for the news postings.

Follow-up – and babysit –announced Anbar Operations Commander Maj. Gen. Qassim Mohammadi, on Thursday, the start of a wide-scale military operation to restore a number of areas dominated by the “Daash” in hand-Baghdadi west of Ramadi.M.a