Baghdad (AIN) –The Iraqi Parliament confirmed on Monday that “The Iraqi President Fuad Masoum will ratify the 2015 budget law draft during the next few hours.”

Statement by the Parliament received by AIN cited “The Secretary General of the Parliament Ayad Namiq delivered the 2015 federal budget law draft to the Iraqi President on Monday.”

The statement added “The President is expected to ratify the budget law draft within the next few hours.” /End/h 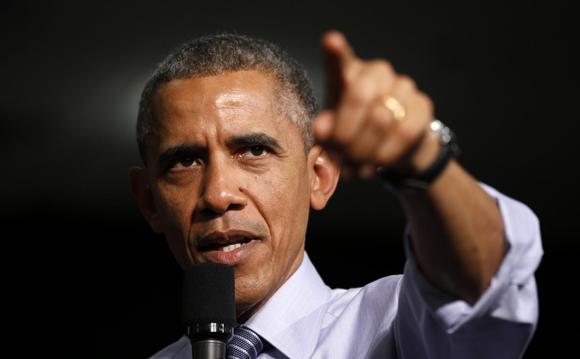 (Reuters) – The White House will ask Congress by Wednesday for new authority to use force against Islamic State fighters, congressional aides said on Monday, paving the way for lawmakers’ first vote on the scope of a campaign that is already six months old.

The United States is leading an international coalition against Islamic State, and President Barack Obama launched an air campaign in August against the militant fighters, who have killed thousands of people while seizing swaths of territory in Iraq and Syria.

The administration’s failure so far to seek a formal Authorization to Use Military Force for the campaign has caused some members of Congress to express concern that it overstepped the president’s constitutional authority.

Others have said that lawmakers should weigh in on an issue as important as the use of military force.

The administration has said the campaign is legal, based on authorization passed under President George W. Bush in 2002 for the Iraq War and in 2001 for fighting al Qaeda and associated groups.

Nancy Pelosi, leader of the House of Representatives’ Democrats, told reporters last week the White House would seek an authorization that would last three years. She said there had not yet been decisions about the geographic scope of an authorization or what limits would be placed on combat troops – “boots on the ground.”

That issue is expected to be a major sticking point in debate. Many Democrats want to bar sending in U.S. combat forces, but several Republicans have insisted it would be inappropriate to limit military commanders.

The Obama administration had been in close consultations with lawmakers before making its formal request, which could make the approval process move more quickly, he said.

Congressional aides told Reuters on Monday that was still the expectation for Obama’s request, given discussions between the administration, lawmakers and congressional staffers. They requested anonymity because they were speaking about private consultations.

The White House has declined to comment on the timing or details of the request.

{Baghdad: Euphrates News} MP from the Union of Forces Mutaiota Ali said that “own end enterprise management proxy file Committee completed its work and will begin to install the positions.”
He said Mutaiota told {Euphrates News} “The label positions bodies managed by proxy is subject to national consensus and within the government curriculum, noting that “the committee, headed by Saleh al-Mutlaq and Rose Nuri Shaways and Bahaa al-Araji, completed its work and will start to change positions soon. “
He stressed the need to move the nomination of positions sensitive to institutions and not leave them managed by proxy, stressing the importance that those bodies and institutions are managed professionally and professionalism. ”
He pointed out that “if what has been an end to this matter and give the positions maturity, many of the decisions that will be subsidized by the window and principals officials.”
The MP for the National Alliance Messenger Radi said in an earlier told {Euphrates News} The relevant committee to terminate the management of state institutions acting was left in front of only a month to resolve the file, noting that “the ongoing work of the distribution of positions on the blocks.”
One of the Iraqi organizations pointed out in a report to the presence of some {23} thousand jobs in state institutions managed by proxy.
The President of the House of Representatives, Salim al during the first meeting of the heads of independent agencies on the need to keep the independent institutions from political pressure, pointing out that the work on the development of independent bodies in order to achieve the objectives which it was created helps in strengthening the independence, impartiality and commitment in building state institutions and strengthening the relationship between them and the Federal authorities. Ended m
https://translate.go…76394&edit-text

Total number of hits the news: 58

House announced Monday that President Fuad Masum will approve the draft budget law for fiscal 2015 through the next few hours.

The statement added that “it is hoped that the President approves the budget bill during the next few hours.”

The House of Representatives approved in its meeting on 29 of last month’s budget at $ 119 trillion dinars [$ 105 billion] and a deficit of 25 trillion dinars based on the export of 2.9 million barrels at a price of 56 and 14 Dolara.anthy

Washington: The US military said Monday Kurdish forces backed by air strikes, the coalition led by the United States regained areas of the hands of jihadists Islamic state near the strategic city of Mosul.

This latest progress of the Kurdish forces in the surrounding areas and is in Mosul, seen as a significant battle to counter-attack is expected to be launched by a large Iraqi and Kurdish government forces against al Daash.
The US Central Command, which oversees the air war against al Daash in a statement that “the security forces of the Kurdish region, seized the three entrances to bridges on the west bank of the Tigris River north of Mosul in the areas controlled by the organization Daash previously.”
It confirmed that the attack had the support of four air strikes “accurate and effective,” was carried out by the coalition led by the United States between Fridays and Sundays.
She leadership in its statement that military advisers from the coalition provided “intelligence assistance” to Kurdish guerrillas.
She said “the Kurdish peshmerga forces maintain the gains made by and ready to regain control over additional areas of the hands Daash in the vicinity of Mosul.”
Said retired Gen. John Allen, who works as coordinator of the Western alliance against al-Arab and the Islamic state, that the Iraqi government forces would launch a major offensive to regain territory “in the coming weeks.”
The Pentagon said that even on Sunday, coalition launched in 2341 air raid on Iraq and Syria since the eighth of August, including a 1890 raid by American planes.

Greece’s new government said it would cancel about a third of the debt-reduction and economic-overhaul measures the country had signed on to as a condition for international aid, while Germany showed no sign of backing off its insistence on the current bailout terms.

Meanwhile, a top French official fanned hopes for a compromise, saying that the will of Greek voters—who flocked to the far-left, antiausterity party Syriza last month—needs to be respected. He added, however, that Athens also must respect European budget rules.

Monday’s comments suggest that the key actors in Greece’s debt drama are sticking to their guns as an end-February deadline looms for Athens to strike a deal with its creditors in Europe and at the International Monetary Fund.

‘Without a program it will be difficult for Greece’
—German Finance Minister Wolfgang Schäuble
The impasse, five years after Greece’s debt crisis first rocked the global economy, is pushing Greece closer to the brink of default and potentially even a forced exit from the euro, an outcome that financial leaders fear could tilt the eurozone back into recession and undermine global growth.

In a sign of the high stakes, the country’s woes are emerging as a concern for finance ministers and central bankers from the Group of 20 largest economies, who are meeting in Istanbul this week.

“A strong eurozone is really important,” China’s Vice Minister of Finance Zhu Guangyao said at a conference Sunday. “We really hope Greece and the members of the European Union productively find a solution soon.”

He also stuck to his refusal to accept an extension of Greece’s current international bailout, which expires at the end of this month. Government officials say the country could run out of money soon after that unless a solution is found.

The turmoil in Greece cast a shadow over markets elsewhere, with U.S. stocks opening lower after declines across European equity markets.

“We will submit our proposal, and move ahead with deep reforms,” Mr. Varoufakis told lawmakers in Athens. “To this list, we will add about 70% of the reforms and commitments that are in the current bailout. The remaining 30% will either be suspended or withdrawn.”

In Vienna for a meeting with his Austrian counterpart, Mr. Tsipras said a solution was important not only for Greece but for Europe as a whole. “I am very optimistic that we will be able to work together,” he said.

Germany’s Finance Minister Wolfgang Schäuble, speaking to reporters on the sidelines of the G-20 meeting, showed no sign of easing Berlin’s pressure on Greece to extend its €240 billion ($271 billion) bailout.

Despite some supply disruptions and security threats, Iraq was the second leading contributor to global oil supply growth in 2014, behind only the US, according to the US Energy Information Administration (EIA). Iraq accounted for almost 60% of production growth among the Organisation of Petroleum Exporting Countries (OPEC), although this growth was more than offset by production declines in other OPEC countries. Iraq’s crude oil production, which averaged almost 3.4 million bpd in 2014, was 330 000 bpd above 2013 levels, despite the heightened security threat from the Islamic State of Iraq and the Levant (ISIL) and disrupted production in northern Iraq.

Iraq’s crude oil production fell to its lowest monthly levels for the year during July and August following the start of the ISIL offensive. From August to December, Iraq’s production grew by almost 600 000 bpd, reflecting increased output from fields in southern Iraq and in the Iraqi Kurdistan Region following infrastructure expansions and a partial recovery in northern Kirkuk production.

In December, Iraq’s central government and the KRG reached a deal on oil exports and revenues, which could facilitate significant increases in production and exports from northern fields. Notwithstanding this agreement, the threat of ISIL on northern production and exports is still present. Barring any major supply disruption, EIA expects that Iraq will continue to be the largest source of production growth within OPEC over the next two years.
Adapted from a press release by Emma McAleavey.