Khandan – Gen. John Allen, the American adviser to President Barack Obama, and coordinator of the international coalition against al “Daash” revealed, that the attack on the ground will begin soon against “Daash” led by Iraqi forces, with support from the Air Force for the International Alliance.

Allen said in an interview with Jordan News Agency “Petra” The coalition forces training and arming 12 Iraqi brigade wild prelude to the campaign, which will launch in conjunction with air cover from the forces of the international coalition, which aims “Daash” in Iraq and Syria with air strikes.

He pointed out that the coalition is supporting the Iraqi tribes now, and that there are young people of Iraq, especially American forces trained tribal fighters who began working actively against “Daash”, as it was their turn against al Qaeda, especially in Anbar province.

Allen said he will travel to East Asian countries to expand the international coalition against al “Daash,” which includes 62 countries, and denied that there is a change in the coalition strategy and said, “Our strategy is clear, based on Daash defeat.”

On the other hand, Allen expressed “condolences to Jordan’s king, government and people, for the death of the Jordanian pilot Capt forbid Kasasbeh in despicable and heinous crime carried out by the terrorist gang Daash.” In reference to the organization of the burning Xasbh after being held after the fall of his plane during one of the tasks of the Alliance in Raqqa, Syria.

Erbil, February 9 (PNA) – Nیچیrڤan Barzani, Prime Minister of the Kurdistan Region and his accompanying delegation, arrived on Sunday evening 8/2/2015 emirate of Dubai on an official visit at the invitation of the Government of the United Arab Emirates.

Accompanying the Prime Minister of the province in this visit both Qubad Talabani, Deputy Prime Minister and Ashti Hawrami, Minister of Energy and Natural Resources, Ali Sindi, Minister of Planning and Rebaz lambs and Minister of Finance and Sven Dzia spokesman for the Kurdistan Regional Government, in response to an official invitation from the United Arab Emirates to participate in government summit meeting , where Ban Ki-moon, Secretary-General of the United Nations and a number of experts and officials from international institutions are participating.

Government summit meeting is scheduled to take three days, which will be held private meetings and seminars system management and governance and ways of their development.

This is due to hold Nیچیrڤan Barzani and his accompanying delegation during the days of summit meetings and a series of meetings with senior officials in the United Arab Emirates. 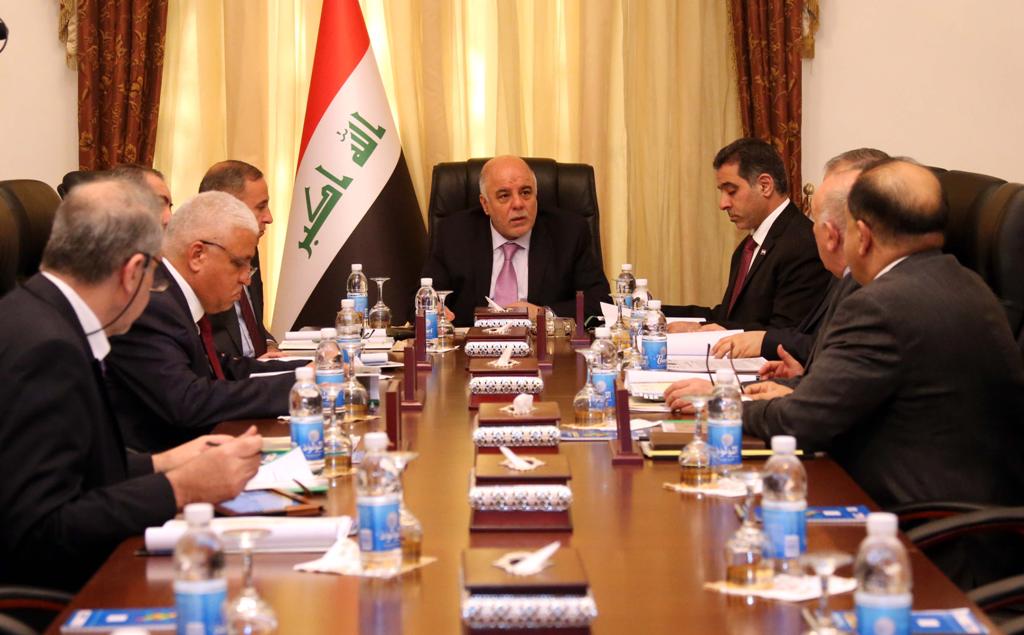 Like Loading...
Baghdad Investment: We seek to religious and archeological tourism investment
BAGHDAD / justice – 02/09/2015 – 1:13 | Hits: 8
Confirmed Investment Authority, Baghdad, on Sunday, seeking to activate religious tourism investment, archaeological, on the one hand and work on the initial activation of existing resources in the country.

He said a member of the body Thaer Alfeli told {Euphrates News} “The investment law will allow to invest resources in the southern regions, which is one of the safe areas”, pointing out that “the Commission will encourage investment projects again,” adding that “dependence on oil has caused economic crisis in the country, especially after the decline in prices, “Mrkda that” a large group of countries do not have oil, but it has managed to improve the economic and investment in the betterment of the country. “ It is said that Baghdad Investment Authority has confirmed the day before yesterday and assigned to support Iranian investment companies, and provide all Altselat her.

US General John Allen, the international coalition coordinator said to eliminate the organization of the Islamic State Monday that a ground offensive was imminent range will begin soon in Iraq against al “Daash” backed by the coalition, which includes 62 state forces.

Allen said in an interview with the official Jordanian news agency broadcast in Arabic and English that “the counter-attack and wide on the ground will begin soon.”

“In the coming weeks, when Iraqi forces begin ground campaign for the restoration of Iraq and coalition forces will provide backing for it.”

He explained, “We have created a four camps in Anbar, and coronary and Basmaja, and Erbil, where coalition forces provide training to Iraqi forces, which will become part of the forces that are counter-attack.”

He noted that “in each of these camps there, US and Australian and the Danes and the Brazilian and Portuguese people and Naozlndion and Spainon and Italians and Germans and Belgians and Dutch, and the coalition forces them to train Iraqi forces.”

“The amount of aid in this area (military) totaled $ 1.6 billion as we equip 12 brigades, and these things we Ptsraaha, and we want that the Iraqi forces to control the situation inside Iraq.”

He said Allen, “Our strategy is based on Daash defeat,” adding that “Daash seeks to find the impression of herself as organizing invincible.”

“The Daash is not an Islamic state (…) call Daash must be as well.”

According to the US General, “the system (the former Iraqi Prime Minister Nuri) al-Maliki sapped a lot of the capabilities of Iraq, and replaced Kiedt security forces of Iraq and lost a lot of equipment, which led to the collapse.”

He stressed that the United States is supporting Sunni tribes in Iraq to participate operations, said, “We are now supporting the Iraqi tribes, I was there and I saw young Iraqis US special forces are training the tribes who began working actively against Daash as they did against al Qaeda, especially in Anbar.”

US general said he would travel to Asia soon “to expand international participation in the alliance,” which he said includes 62 countries.

Coalition against the Islamic state led by the United States and includes many of the Arab countries, including Saudi Arabia and Jordan, who waging air strikes in Syria since September / September

Allen said he would meet during his visit to Amman, Jordan’s King Abdullah II, said that “the King said in Washington that Jordan is interested to do more to fight Daash.”

Gen. Allen and gained fame in Iraq, where he was leading the US forces in the west of the country between 2006 and 2008 was the day managed to weave relations with Sunni tribal leaders allowed later to form the Awakening that fought al-Qaida and was able to finally take him out of the Sunni areas that were considered a stronghold him.

Iraqi forces have been battling to regain land seized by “Aldaash” organization in the north and west of the capital last June.

There were fears at the start of the capital itself subjected to attacks by Aljhadian.ala Iraqi forces regained control of a large section of land with the support of Shiite militias and Sunni tribes and air strikes US.

In the north, Iraq’s Kurdistan forces are making progress against the jihadist organization and has been observed evidence of atrocities committed by the organization, most likely in areas that have been restored to control.

He said US Secretary of State John Kerry on Sunday that the international coalition that is fighting against al “Aldaash” in Iraq and Syria began to recover controlled areas and depriving them of their main sources of funding, denouncing the “new level of degeneration” of the organization.

Kerry said in front of global security conference in Munich that the battle will be long, confirming the presence of indicators of the success of the strategy.

Kerry said at the conference that since August 2000 coalition launched an air raid, and said it helped to “restore five size of the area that was under their control.”

Kerry did not specify whether that was restored land in Iraq or in Syria, but added that the coalition “insurgents deprived of the use of 200 oil and gas facilities and blocked .. .. Trutpethm leadership and put pressure on their finances and distracted their ingredients.”

Baghdad (AIN) –The Commander of the Royal Jordanian Air Force, Major General Pilot Mansour Jabour, uncovered destroying 20% of the fighting capabilities and killing about (7000) terrorists of what is so called the Islamic State of Iraq and Levant since Jordan’s participation with the International Coalition in fighting ISIL terrorist group.

Jabour declared in a press conference, held al the center of King Abdulla of training the elements of the special operations, get acquainted by Alforat News Agency ”We are in a war against what is so called the Islamic State of Iraq and Levant in defend of Islam and to revenge the martyr, pilot, Mu’aadh Kasasbeh.”

The terrorists affiliated to what is so called the Islamic State of Iraq and Levant published several photos that shows burning to death the Jordanian pilot, Mu’aadh Kasasbeh, who was captured by the terrorists when his airplane fall in a Syrian city.  \End\

[Baghdad – where]
Approved Defense Minister Khaled al-Obeidi, on Sunday, the transferees and users wages and participating teams to other units, courses and taxpayers for the month of January last.

The ministry said in a statement received by all of Iraq [where] a copy of it, he “got Defence Minister Khaled al-Obeidi tired approval of the officers wages and mattresses and employees transferred, users and participating teams to other units, courses and charged with official duties, among them detachments and pilots and charged with the duty of liaison officers and wounded and disabled, as well as Aldafah units for the month of January 2015, “.anthy

{Baghdad: Euphrates News} Ministry of Labour and Social Affairs announced the issuance of a smart card for displaced persons covered by the subsidy of social protection.
The press spokesman for the Ministry of Ammar Menem in a statement received {Euphrates News} today a copy of it, that “the social protection department has completed all inclusion of eligible measures to help the social protection of displaced persons after conducting field visits to residential complexes of their own, and to take radical measures to include deserving of them.” .
He said the ministry in connection with the issuance of smart card to them; to enable them to receive the amount of the subsidy from any ATM close to their home areas, in addition to the completion of transactions applicants for inclusion in the areas where they were displaced leaving them only Asthsalhm on the smart card.
He pointed out that the ministry conducted a joint meeting with the global company’s Smart Card Manager and representatives of the relevant banking and Rafidain and Rasheed ministries; to deliberate on all the issues relating to the granting of a smart card for new beneficiaries and in particular the displaced them, and give priority to them and take the simplified procedures for them to ensure they receive smart as soon as the card soon as possible. Ended h
http://translate.googleusercontent.com/translate_c?depth=1&hl=en&prev=search&rurl=translate.google.com&sandbox=0&sl=ar&u=http://www.faceiraq.com/inews.php%3Fid%3D3502404&usg=ALkJrhg67sKaCo5OH5dxZiSOfOOVo50fYA