Prime Minister Dr. Haider Abadi back to Baghdad, concluding his visit to Germany

According to a statement issued by the Prime Minister’s Office said Abadi met in Munich (yesterday) Saturday International Director for the extraction of oil company Shell Andrew Brown,

The statement added that during the meeting, they discussed the company’s activities in Iraq and the expectations of the oil market in the future.

The statement continued that Abadi said make the utmost effort to overcome the obstacles facing the work of companies and Almsttmaren.

According to the statement, the international director expressed his company’s commitment to work and invest in Iraq.

Alsumaria News / Baghdad
Arrived Prime Minister Haider al-Abadi , Sunday, to the capital of Baghdad after the conclusion of a visit to Germany .
… To be continued 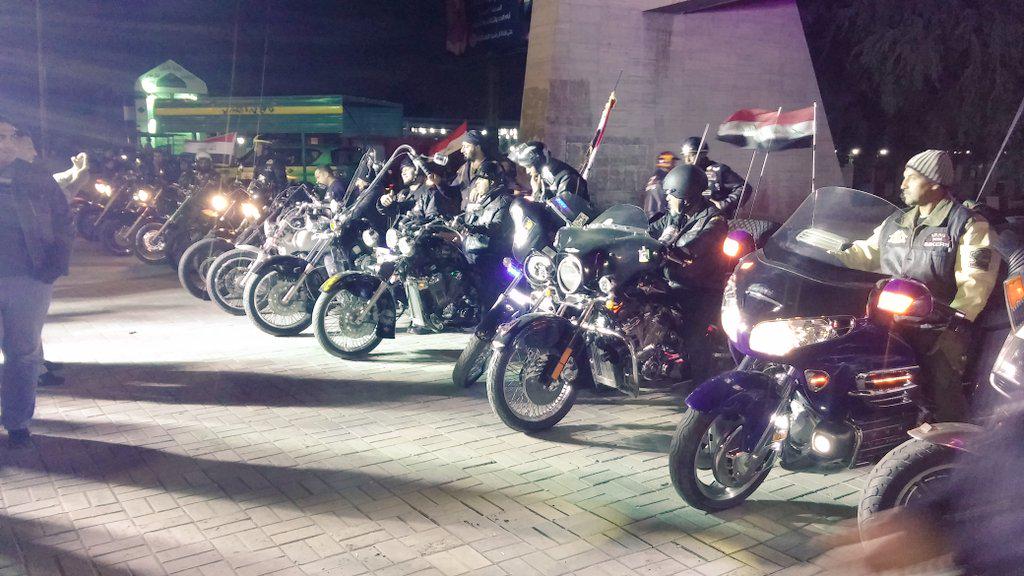 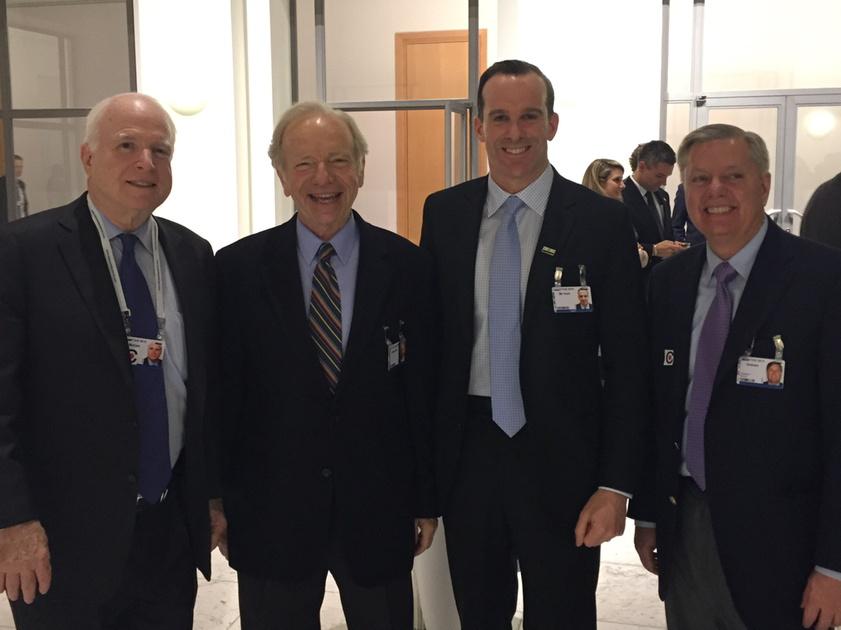 Information / Munich / ..
Abadi meet Biden in Munich and the latter confirms the allocation of $ 1.6 billion to support Iraq’s efforts met with Prime Minister Haider al-Abadi, on Saturday evening, US Vice President Joe Biden, while the latter stressed his country’s allocation of $ 1.6 billion to support Iraq’s efforts in the fight against “Daash.”
Ebadi said office said in a statement received by the agency / information / copy of it, “the Prime Minister, Dr. Haider Abadi discussed with US Vice President Joe Biden in Munich today relations between the two countries and the international support for Iraq and the US, especially in the areas of armament, training and advice.”
They stressed the need for “continued overflights and supporting Iraqi forces, and spoke highly of the progress made by Iraqi forces in various parts of Iraq, also stressed the unity and sovereignty of Iraq.”
According to US Vice President to provide his “military aid in the budget allocated by congressional $ 1.6 billion to support Iraq’s efforts” .anthy / 25 s
http://translate.google.com/translate?depth=4&hl=en&prev=/search%3Fq%3Dfaceiraq%26client%3Dsafari%26hl%3Den&rurl=translate.google.com&sl=ar&u=http://www.faceiraq.com/inews.php%3Fid%3D3500167&sandbox=0&usg=ALkJrhiNNGb0Jeo-tgdnOeesEPIr8qGAmQ

Baghdad police commander Maj. Gen. Shakir al-Asadi announced plans to ensure the maintenance of security for the night after the lifting of the curfew in the capital Baghdad.

Asadi said on the sidelines of a ceremony organized to mark the lifting of the curfew in Tahrir Square in the eastern section area of central Baghdad Sunday that “Pursuant to the order of the Commander in Chief of the armed forces to lift the curfew in public areas and the Ministry of the Interior and the leadership of tapes Baghdad plans to ensure the success of this matter to activate the intelligence side and intensify patrols We hope the citizens to report any suspected cases. “

He stressed that “the security forces and put the study of the intentions of the enemy and its potential,” referring to “the development of plans and field applied on the ground and spread the security forces.”

He Baghdad police chief, said that “the streets open subject to the timelines in lifting barriers, we are constantly gearing up to take over security in Baghdad,” congratulating “Albgdadin the lifting of the curfew.”

The general commander of the armed forces, the prime minister ordered during his visit to Baghdad Operations Command headquarters in late night on Wednesday to lift the ban on night roaming about the city of Baghdad fully from Saturday, as the face of open other streets mission in Baghdad to facilitate the movement of citizens, and to consider the Kadhimiya areas and Adhamiya, Mansour, Sedea zones “demilitarized” .anthy

Twilight News / festive civilian activists in Tahrir Square in central Baghdad systems in support of the decision to lift the curfew imposed in the capital for years.

The ceremony was attended by local officials and security.

And local television stations broadcast footage of the ceremony, in which show the presence of large numbers of the population.

And applied the decision of the President of the capital Baghdad government to lift the curfew imposed at night for years.

Baghdad has seen after 12 pm at night the smooth flow of traffic in most of the main streets in an unfamiliar sight.

Abadi and decided to lift the ban and the reopening of a number of main roads in the capital, which was closed for security reasons, over the past years, in addition to emptying the neighborhoods of Adhamiya and Kadhimiya, Mansour, and Saidiya Karrada of arms.

The curfew was lifted a major change in policy since the period to avoid violence by restricting the movement during the night. Over the past hour entry into force have changed but finally has been applied from midnight until five in the morning.

The lifting of the ban this puts an end to restrictions on the movements of the population in order to reduce acts of bloody violence in Baghdad.

The decision comes as Iraqi forces have been battling for land seized by the organization Daash in the north and west of the capital in June, the restoration (June) last year.

Although the Iraqi capital is no longer a direct threat facing exposure to attack by extremists, but they are often exposed to shelling or bombing.

It also lifted a curfew was imposed in the city of Karbala, south of the country with the announcement of the study of the government to lift the ban in a number of other provinces.