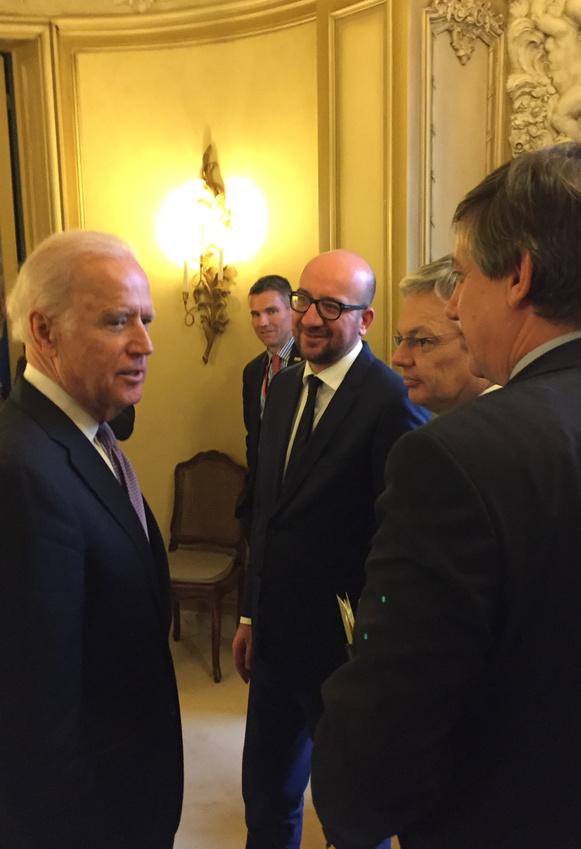 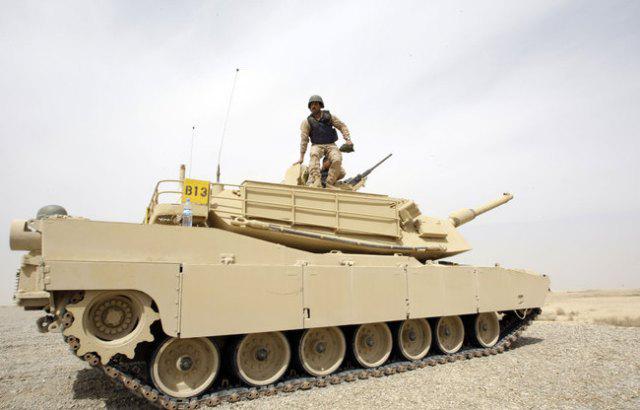 A policeman stands guard at a checkpoint in Baghdad February 5, 2015. Baghdad’s decade-old curfew will end on Saturday and four neighbourhoods will be “demilitarised”, Iraq’s Prime Minister Haider al-Abadi said. (Stringer/Iraq/Reuters)
By Liz Sly February 5
BAGHDAD — The Iraqi government on Thursday abolished the nighttime curfew imposed on Baghdad by U.S. troops in 2003, heralding another small milestone in the city’s recent — and surprising — revival.

Prime Minister Haider al-Abadi announced that the curfew will end at midnight Saturday, as well as a series of other measures aimed at normalizing life in the long-blighted capital, even as much of the rest of the country is consumed by war.

He declared four neighborhoods as “demilitarized zones,” in which unauthorized gunmen will be prohibited. He also vowed to start removing the blast walls and barricades that have blocked streets, sealed off neighborhoods and endowed the capital with the air of a militarized zone for much of the past decade.

Similar moves have been promised in the past, only to founder on waves of bombings and violence or repression by government security forces­.

But these days, Baghdad feels different.

Since Islamic State fighters overran much of the north and west of the country in the summer, a paradoxical sense of calm has taken hold. The initial panic that followed the militant onslaught has abated, and as residents have come to realize that the capital is not at risk of falling, Baghdad has sprung to life.

Nightclubs have proliferated, liquor stores dot the streets, and families pile into cars every evening to eat at one of the many new restaurants or stroll in the glitzy new mall. A glittering riverboat plies the Tigris River every night, serving dinner on one deck and coffee on another. A pink neon palace called the Barbie Clinic pampers women with beauty treatments late into the evening.

For those who can’t afford such venues, there are impromptu parties along the bridges and banks of the Tigris, where young men gather with cans of beer to talk, socialize and, after the drink has taken effect, dance in the streets.

The merriment comes to an abrupt close as midnight approaches, triggering a mad dash through the streets to make it home in time.
“Now we will be able to stay until the morning,” Khaled Faisal, 28, said as he sat on a wall beside the river sipping beer with two friends. He welcomed the lifting of the curfew. “It’s good news. It means Baghdad is safe,” he said.

Whether Baghdad is safe is in question. Car bombs still explode but far less often than in the months and years preceding the Islamic State onslaught.

A double bombing last Friday killed more than 30 people in a busy market, one of the worst attacks in weeks and a reminder that the country is at war. But the waves of multiple bombings that killed as many as 700 people a month through much of the past year appear to have become a thing of the past.

Some say the Islamic State’s capacity to wage bombing campaigns has been eroded by the campaign to halt their advance.

Others credit the replacement of former prime minister Nouri al-Maliki by Abadi, whose more relaxed and less Islamist style of governance has lifted some of the tensions.

The Shiite militias and government forces­ that preyed on citizens’ lives, blowing up liquor stores, shutting down clubs and assassinating rivals, are preoccupied on the front lines with the Islamic State. Many Iraqis fret about what will happen if they return to the capital in force.

But for now, “the militias are too busy fighting Daesh to bother us,” said liquor store owner Khaled Haidar, 45, using the Arabic acronym for the Islamic State. “The war is not in Baghdad now.”

Rafid Jaboori, Abadi’s spokesman, cited the improved security conditions for the lifting of the restrictions. He also noted the need to send a message to the militants that they are not cowing those they have not conquered.

“It is very important for Dr. Abadi to show that people are living their lives normally in the liberated areas that are not under Daesh control,” he said.

The curfew was first imposed in the immediate aftermath of the American sweep into Iraq in 2003 and at the worst of times took effect as early as 8 p.m. As security conditions gradually improved, it slipped back and in recent years has applied only to the hours of midnight to 5 a.m.

Only once was it lifted entirely, this past New Year’s Eve, and the response demonstrated how much even those few hours of restriction have begun to chafe. Thousands of Iraqis filled the streets, swarming around a brightly lit Christmas tree erected on the plinth where Saddam Hussein’s statue stood until it was pulled down by U.S. Marines in 2003.

The revelers drank, danced and sang until dawn in a display of exuberance not seen in the lifetime of most Iraqis, said Ahmed Saadawi, one of Iraq’s most renowned novelists, who was there.

Older Iraqis look back to the repression and fear of the Hussein era; younger ones have experienced only the violence and repression of the post-invasion years. Few can remember a time as freewheeling and relaxed as now, he said.

“This is not normal,” he said. “We’re seeing the real spirit of Baghdad, the revival of an older glory.”

BAGHDAD – morning
called economic researcher state just to support the dinar exchange rate against the dollar over the insider only in local currency and away from the dollarization of the market because of the negative impact on the economy.

Adel said in a statement the “morning” is necessary to restore public confidence in the local currency, which has a lid large reserves of gold and foreign currency, and not underestimate the value to any other currency.

And stressed the need to restrict the dollar in the only foreign trade and expand handle local money in the trading of domestic trade between provinces or direct daily transactions in the markets between citizens and shopkeepers.

It confirmed that the continuation of dollarization in Iraq harm the reputation of the dinar as much as would maintain public confidence in the dinar destabilizing to a large extent,

indicating the need for attention to this subject by regulatory agencies and educate citizens not to be dragged into what is floating currency.

Finance Minister Hoshyar Zebari revealed in the press – a statement which is part of the government delegation on a visit to Germany Halaa- “The prime minister Haider al-Abadi will meet on the sidelines of the Munich conference both the President of Kurdistan, Massoud Barzani and US Vice President Jobaidn [who are participating in the conference],” followed ..

“Not as long as the guardians of the international order remain ready to act,” @jensstoltenberg added at #MSC2015. 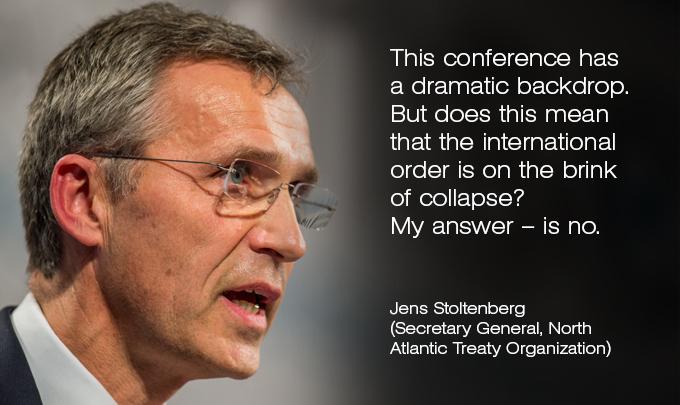 H.E. Dr. Haider Al-Abadi, Prime Minister of the Republic of Iraq, gave a speech in Berlin on domestic and foreign policy challenges of Iraq on 6 February upon invitation of Körber Foundation. The ensuing discussion was moderated by Dr. Thomas Paulsen, Member of the Executive Board, Körber Foundation.

PM Al-Abadi: Once we liberate our country from Daesh, we will fulfill our potential as a business and investment partner

PM Al-Abadi: There must be zero tolerance for Friday sermons that encourage hatred of other religious confessions.

PM Al-Abadi: We are developing new incentives for building businesses, creating jobs, and domestic and foreign investment in our country.

PM Al-Abadi: We are decentralizing government, bringing decision-making and the provision of public services to the local level #AbadiBerlin

PM Al-Abadi: For the first time, the Federal Budget allocates funds for the Kurdish Peshmerga as part of the Federal Iraqi Armed Forces

PM Al-Abadi: We are making significant advances in Anbar, where 4,000 local tribal fighters are being armed and trained. #AbadiBerlin