The host of hosts

Millions of people from around the world, gather to march day and night in peace. No one has to worry about thirst for hundreds of miles or a hot meal not even tired feet All they need is prepared for them by volunteers; inviting them with pleasure And none of this is paid for by any government or company. It is people

The strength of the Kurdish Peshmerga stumbled through a campaign of raids and searches in the villages belonging to the hand Saadia north of Baghdad on unmanned reconnaissance aircraft.

According to a source in the Kurdish Peshmerga forces, the strength of the first batch of the 136 Brigade of the Peshmerga forces, found during a raid and search campaign in a subsidiary of hand Saadia villages, the unmanned reconnaissance aircraft.

Lt. Col. VII of the Kurdish security, Oak Bideaua, to “toss” that the plane look like some of the damage, “Landry said the fire was caused by targeted security forces, or because of the futility of the citizens there.”

He Bideaua “We have found the plane in the farm population was deported, leaving their animals due to military operations in the region during the last few days.”

There were reports about the conduct of the organization “Daash” for a number of reconnaissance drones in Syria, while the organization did not prove the use of such aircraft in Iraqi airspace, because of the intensity of the flight of Iraqi aviation.

He says security expert, Brigadier Khalil Mohammed tortured, who was briefed on photos taken by elements of the Peshmerga of the plane, “I think it’s a plane Iranian poll, was conducting surveillance within the logistical support provided by Tehran in the war on Daash, and they seem to fall as a result of malfunction may hit not because ground fire. “

The Director of the Rafidain Bank in Dhi Qar Hussein al-Abadi in an interview televised Nasiriyah local television quoted the introduction in markets and banks, ATM depends on the application of the decision to delete Zeros of the Iraqi currency,pointing out that the Iraqi currency suffers from significant inflation in the present time.

Baghdad « Quds Al-Arabi »: in a new crisis with the Iraqi government of former Prime Minister Nuri al-Maliki, the Iraqi Council of Ministers issued a decree to the transfer of ownership Maliki presidential plane to Iraqi Airways, the latter refused to do so.
And showed a document issued by the Cabinet Secretariat, and presented an Iraqi satellite channel, that «the General Secretariat of the Prime Minister directed the Ministry of Transport to take legal action for recording plane of former Prime Minister Nuri al-Maliki, the Iraqi Airways, and the formation of a committee of experienced and competent to perform the detection of the aircraft and install the reality intact, and show how to dispose of them. »
In the meantime, the Ministry of Transport explained that «the ministry was addressed by Vice President Nuri al-Maliki’s office to deliver the aircraft to the Ministry of Transport, but Maliki’s office refused to do so, given that the aircraft registered in the name Nuri al-Maliki.» The sources said the Ministry of Transport has asked the prime minister to take measures to transfer the ownership of the aircraft to Iraqi Airways procedures, and so came the Council of Ministers’ decision recorded on behalf of the company.
The source pointed out that the plane was given to Iran to al-Maliki when he was prime minister, and that the plane is one of the Iraqi planes sent by former Iraqi President Saddam Hussein to Iran during the Gulf War in 1991 to protect it from US air strikes, which acquired Iran them later and considered part of the compensation for Iran-Iraq war.
And across observers in Baghdad believe that moving the presidential plane case Nuri al-Maliki came after the receipt of the ministry by Baqir Jabr, who belongs to the mass citizen led by the Islamic Supreme Council, which was seeking to non-renewal of Nuri al-Maliki for the third time, also raise the issue comes within the general trend to detect Corruption in the reign of al-Maliki. In any case, the plane is owned by the Iraqi government and not to Nuri al-Maliki, according to observers.

As our troops continue to advance, I met today with commanders at the joint operations center in the Defense Ministry 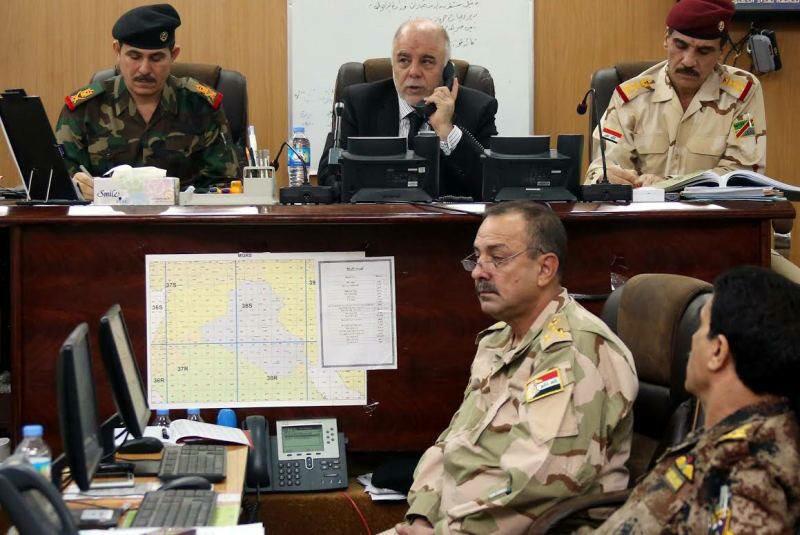 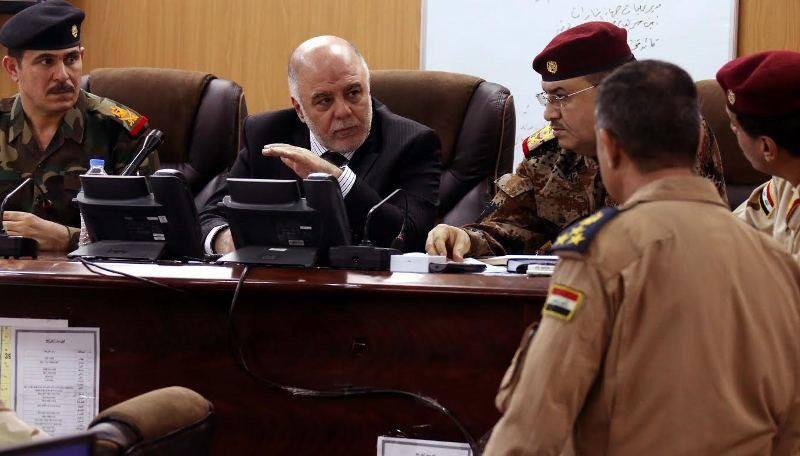 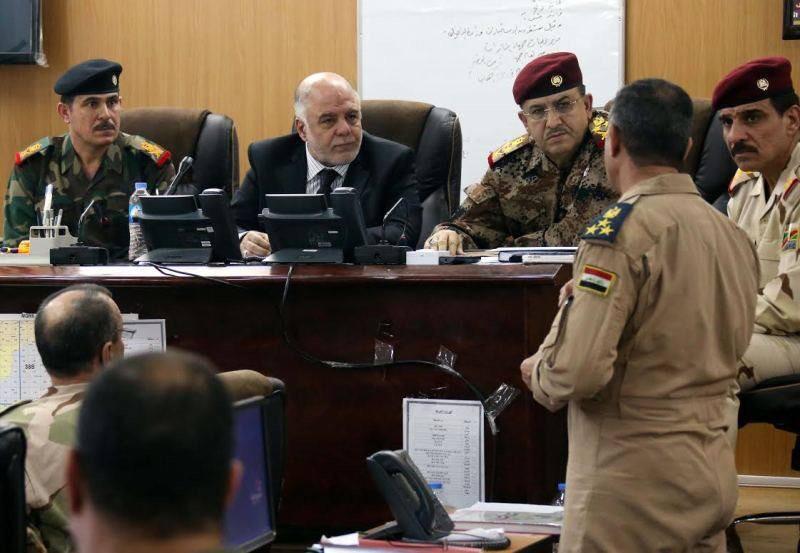 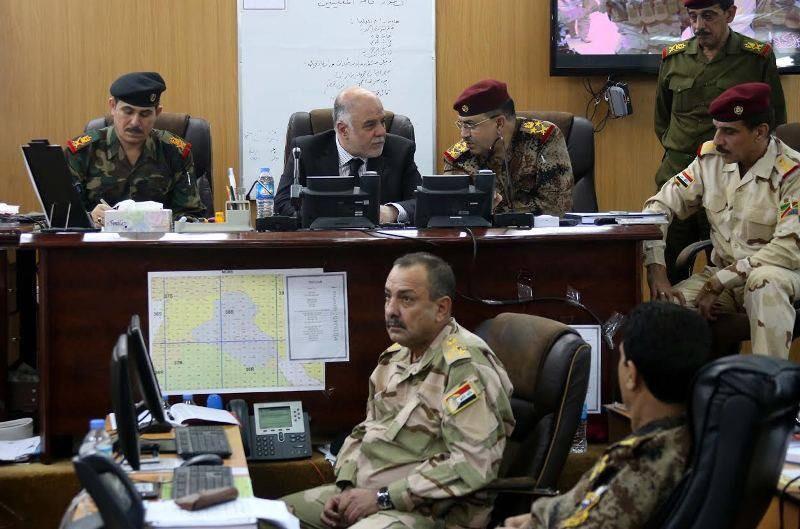 Alsumaria News / Baghdad
Issued General Commander of the Armed Forces Haider al-Abadi, on Friday, directives for field commanders to press ahead with the liberalization of all the areas controlled by “organizing Daash “in their responsibilities sites.

Information Office of the Prime Minister said in a statement issued this evening, and received “Alsumaria News”, a copy of which, “The Commander in Chief of the Armed Forces Haider Abadi, the prime minister visited the evening joint operations room at the Ministry of Defense.”

The statement said that al-Abadi “briefed on the progress of operations at the sites of confrontation against Daash terrorist gangs,” noting that it “has issued directives for field commanders to press ahead with the liberalization of all areas of the responsibilities of sites.”

Finance Minister Hoshiyar Zebari said on Friday that “the budget bill rate will be put in a cabinet meeting held next Sunday.”

The working Council of Ministers on the study of the preparation of the draft budget law, which was scheduled to be approved in its meeting on 29 of last month but postponed that the sharp drop in global oil prices, which fell below $ 63 what is causing the rise in disability rates, with the formation of a ministerial committee shall conduct a comprehensive review of public expenditure of the State; to come up with recommendations to address and reduce the projected deficit in the budget, “followed

Finance Minister Hoshyar Zebari said after his ministry to reduce the deficit budget for fiscal 2015, but remained $ 30 billion.

Zebari said in a press statement that “After the refusal of Prime Minister Haider al-Abadi to the original draft budget, the Ministry of Finance has reduced spending by about ten billion dollars but still expected the deficit to about $ 30 billion.”

He pointed out that “the deficit was originally exceed 47 trillion dinars [$ 40 billion] with all the extra expenses, and then cut back contracts and payments or postpone non-essential projects.”

Zebari and hoped that “the government agree to a revised budget for 2015 at a meeting next Sunday.”

Despite going down the price of oil from $ 70 a barrel, said the Finance Minister said that “the government is adopting its spending plans for next year are still based on the approach of the price of this level as the IMF expects the arrival of the average crude price to that level over the whole year.”

Zebari said Iraq seeks “to postpone the final round worth $ 4.6 billion in damages related to the occupation of the former regime of Kuwait in 1990 and 1991”.

He stressed, “We are truly committed to pay this money on time until this moment,” he said, adding “We are holding discussions with Kuwaiti and seek to defer payments for two years, or at least for a year to make some room, to provide a realistic budget.”

The Minister of Finance “There understand this, and next week will see some frantic diplomatic activity between Baghdad and Kuwait, Geneva and New York to make a joint request to delay payment,” adding that “the delay of a year or two will give Iraq an outlet of the financial crisis.”

This comes Iraqi request of Kuwait at a time when the government is facing a liquidity crisis due to falling oil prices and fight al Daash.

Since the first time allowed the resumption of Iraq’s oil sales for nearly two decades before Iraq pays money to a United Nations body that oversees compensation for looting and damage caused by the previous regime of the occupation of Kuwait in the nineties of the last century, which lasted seven months.

BAGHDAD / Source News / .. urged the MP for the union coalition Iraqi forces Nahida Daini, to activate the various sectors of their own identity and activated the Iraqi economy to supplement the resources it needs and reduce the country’s financial crisis are experiencing.

Daini said in a press statement that “it is necessary to activate the important economic aspects of agriculture, industry and investment and to create the appropriate atmosphere for use in the present time and in the future what we are going through the Trov economic volatile.”

She stressed the revitalization of the agricultural sector increased by 100% and no activation formality through farmer support through the provision of fertilizers and giving him a share of the water and the area of ​​freedom, as well as preventing the importation of fruits and vegetables, because we know that there is a drying of the orchards and converted into cities process, in addition to cancel so Taatcespb laws import fruits and vegetables from abroad. Finished / 19 p