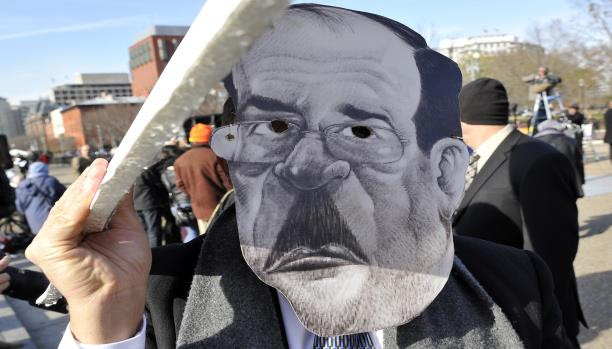 Second, the Court of lkerkh in Iraq, a request to fetch the Vice-President, former Iraqi Prime Minister, Nouri al-Maliki, and former Secretary, Stephen kateaa (Abu Mujahid), to consider the complaint against them on charges of attempted murder, said a source in the judiciary.

Different websites, published yesterday, reports that Al-Maliki to influence the judiciary after the lifting of the Special Criminal Court, which prosecuted the late Iraqi President Saddam Hussein, Munir Hadad, a lawsuit against Al-Maliki walrkabi, charged with death threats and obstruction of Justice.

This is the first case brought against Al-Maliki, after he took the post of Vice-President of the Republic.

The Chairman of the former Special Criminal Court hearing, Monday, to Al-Karkh court investigation against Al-Maliki in his personal capacity, the Director of the library, kateaa ngiman-Rikabi, General Javad, ordered a Brigade to protect the Commander-in-Chief of the armed forces past, which prevented the Court from mourning and threatened him with death.

Mourning scored in the text of the lawsuit, that prevented me from Stephen’s Court for my job, I refused to threaten Al-Rikabi, Al-Maliki went to work, accompanied by a detachment of my protection, and when we arrived at the gate of the Court, stopped an officer with the rank of major to Brigade protecting the Office of Commander-in-Chief of the armed forces, and asked me not to go and not be shot and my protection detachment as orders received from the Office of the Commander-in-Chief of the armed forces led by Al-Maliki ‘.

The judge asked Haddad of Al-Karkh court investigating judge, take his testimony, also called to order the arrest and investigation of Nouri al-Maliki and Gen. Jawad Al-Rikabi wakata and pioneering lift arms in their faces, as well as referral of the case to the competent court after completion of investigative procedures.

One thought on “Iraq: Al-Karkh Court call for Al-Maliki for attempted murder of judge”