Skip to content
Home US Retired Col. :The withdrawal from Iraq is a major cause of what is happening in the region 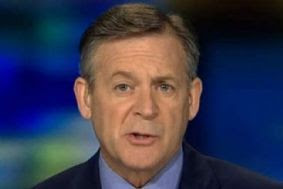 BAGHDAD / NINA / US Retired Col. Rick Francona said that “withdrawal from Iraq was a major cause of what is happening in the region,” calling on officials to “push President Barack Obama to change his current strategy used against the Islamic State organization (IS)”.

He said in a televised statement that “the last period proved that the United States’ strategy against (IS) is ineffective,” adding that “what is happening in the region caused by several factors, especially the withdrawal from Iraq and refused to arm the Syrian opposition.”

Francona added, “it was the duty of our country / United States / to keep troops in Iraq, not only military capabilities on the ground, but to monitor the course of things for the Iraqi army.” Explaining that ” these crises because pulling troops out of Iraq and not to arm the Syrian opposition.”

He stressed “the need to change what we’re currently doing, because the Iraqi army has no to eradicate the (IS) group, which still has the ability to move and the air strikes did not stop it” ./ End

2 thoughts on “ US Retired Col. :The withdrawal from Iraq is a major cause of what is happening in the region”